Four orangutans are on the cusp of freedom - but they have a long journey in front of them.

For many years, Nigel, Hercules and Antak lived in a cramped metal cage in a zoo, poked and gawked at by humans. They barely saw any sunlight and were hairless and starving when they were rescued back in 2010. For one of the most intelligent beings on the planet, this life must have been hell on earth. 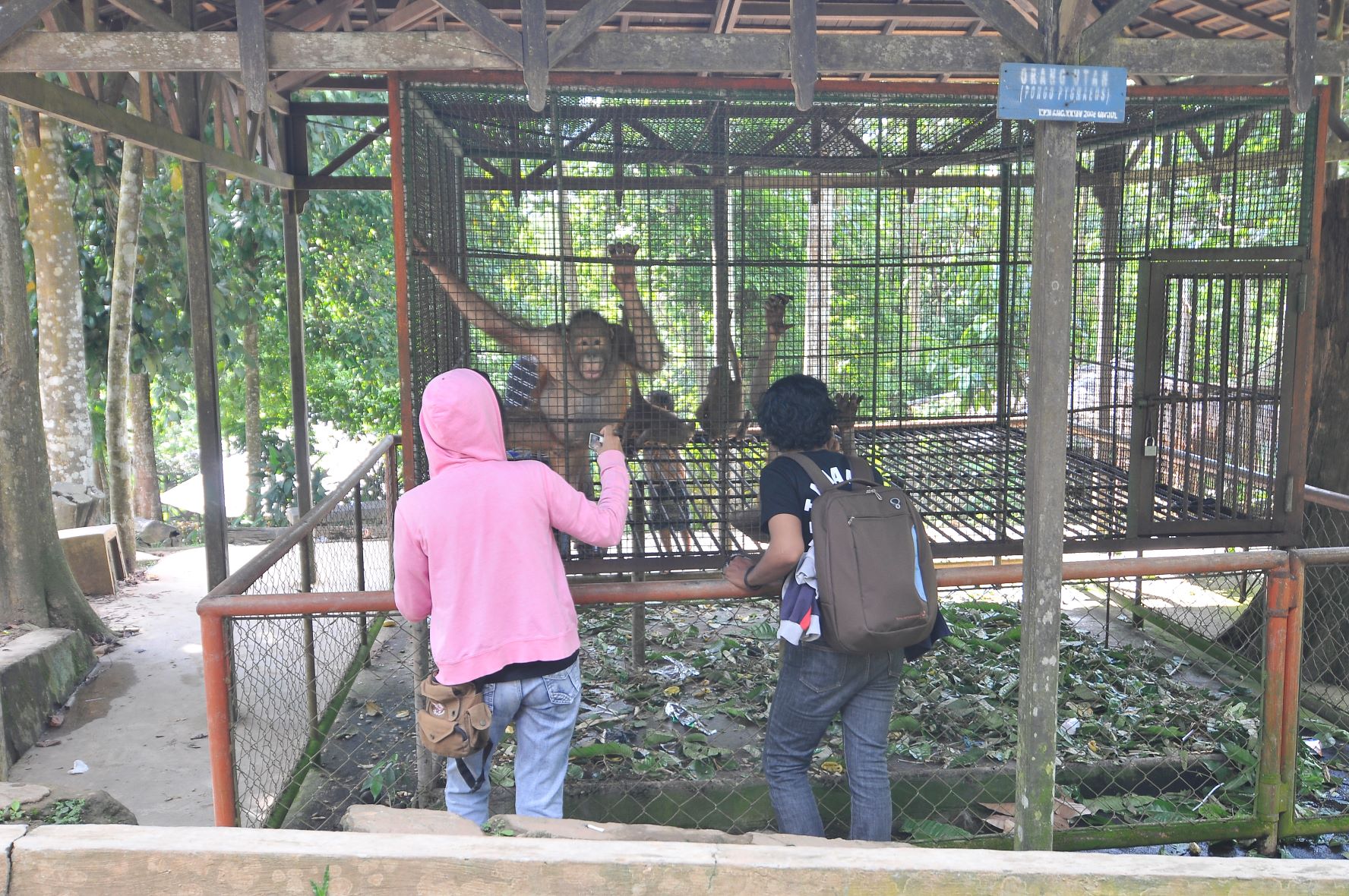 If the trio hadn’t been rescued, there’s a high likelihood they would have died of malnutrition. But saving Nigel, Hercules and Antak from their cage was just the first step. Now all three, plus female orangutan Memo, are ready for freedom - but we urgently need funds to transport them to forest freedom and monitor them and the forest for years to come.

Nigel and Hercules have been living on a pre-release island (Bawan Island) for three years, in preparation for release into a protected ecosystem. Pre-release islands are not a long-term solution for any orangutan, and Nigel and Hercules have outgrown Bawan Island. They urgently need to be moved to a larger area where there are also female orangutans so they can increase the numbers of their species. As adult males, they live mostly solitary lives and have become arch rivals. Nigel and Hercules now go to great lengths to avoid each other on the island, with occasional fights erupting if they come across each other. Nigel, who you can see below, is the dominant male on Bawan Island. 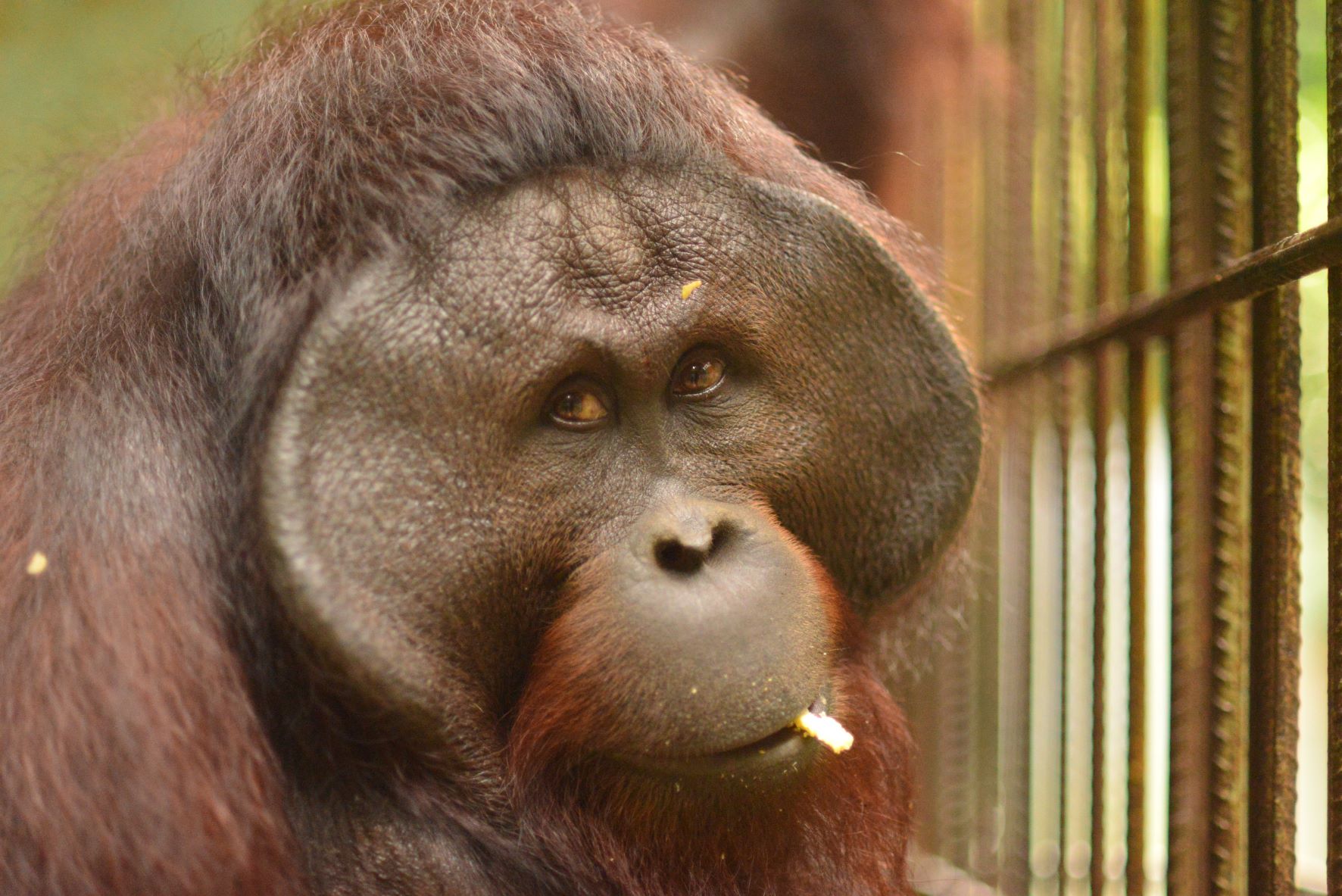 The good news is that the Indonesian Ministry of Forestry has granted us 20,000 hectares within the 260,000-hectare Busang Ecosystem in East Kalimantan. With funding from people like you, we can release Nigel and Hercules to this vast forest, where they can finally be fully free. Please will you make a donation today and help Nigel and Hercules reach their forever home?

As soon as Nigel and Hercules have been moved, we can move Memo to Bawan Island, where she will have freedom and space to roam, something that has been out of reach for so long. When Memo was rescued, her life had been one of pain, humiliation and fear. She’d been kept for most of her life as a pet near a palm oil plantation.  Before she was rescued in 2011, Memo had been forced by her ‘owners’ to ride a motorbike every day as a cheap form of entertainment.

Not only that, but soon after she was rescued, Memo became very sick with hepatitis. Her life has been touch and go, but she is determined to live. As self-aware, sentient beings, the only way for orangutans to live with dignity is to be wild and free! And now, with your help, Memo can finally breathe free air. You can see Memo below in an enclosure, waiting for her chance at freedom. Your donation today will secure her everlasting freedom. 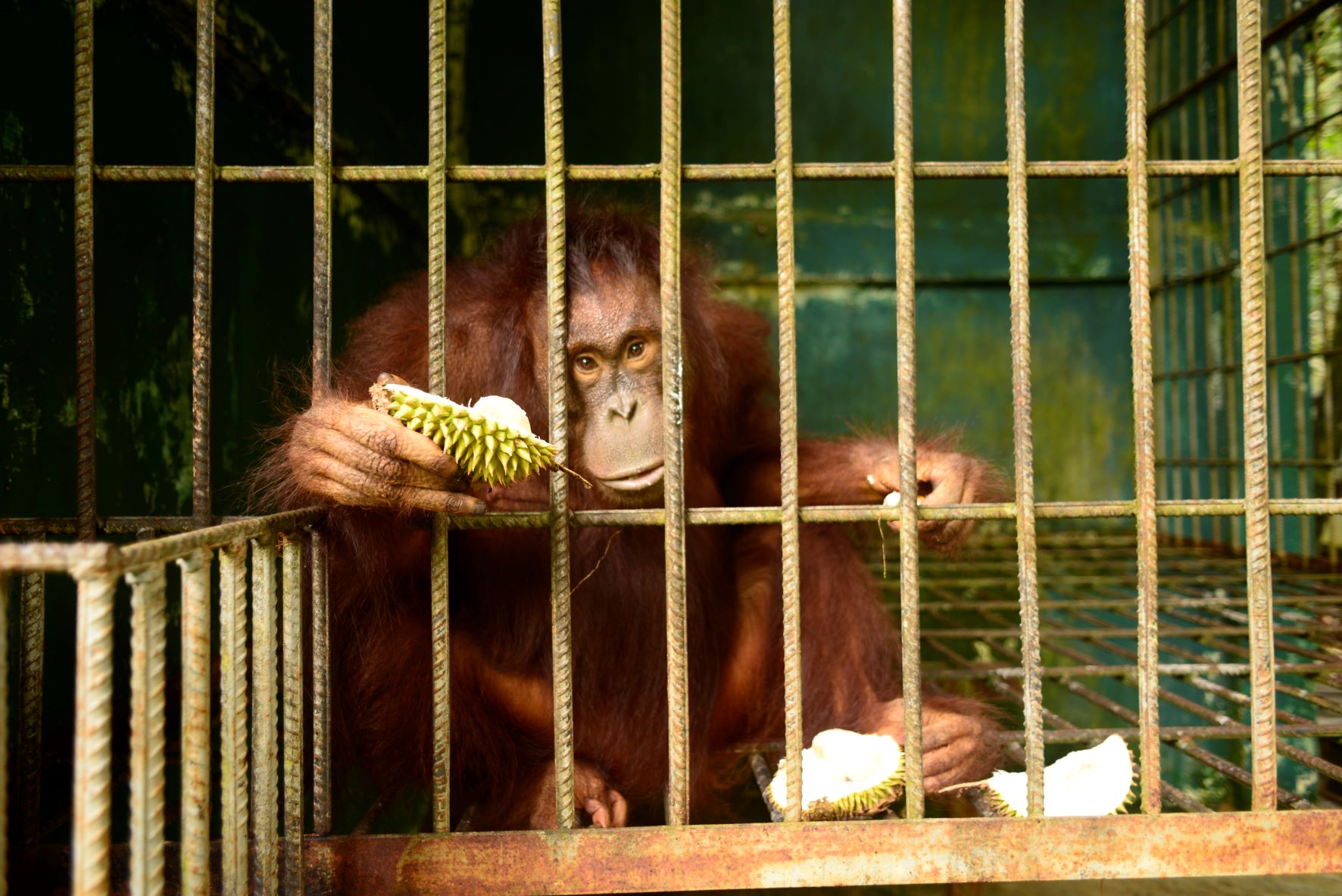 Antak had also been discovered in a palm plantation, starving and unwell, before he was handed over to the zoo. As Bornean rainforest is destroyed - whether legally or illegally - orangutans and other species are the ones who lose the most. They simply can’t live full lives in forest fragments, oil palm plantations, or cages.

Sadly, Antak recently became unwell, which was a blow to his carers, as he’d been ready for release before he became sick. However, he’s improving and will soon be on his journey to the jungle. Once Nigel and Hercules have been released and are settled, Antak will get his chance at freedom. Antak is no longer hairless and malnourished, but he still needs your help - we urgently need funds to transfer him to the forest and to monitor him over the coming months and years. Please help him on his journey. 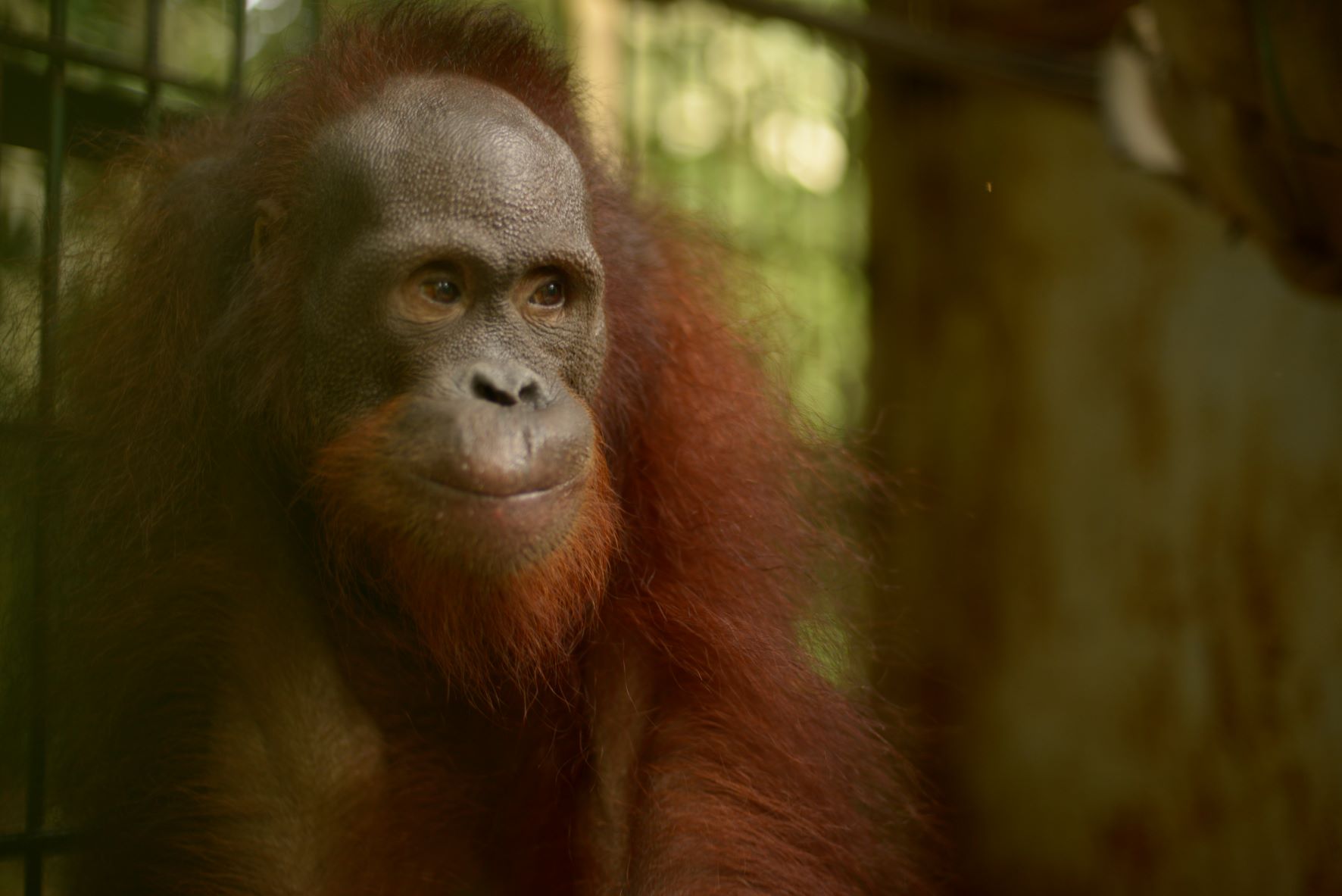 To save an entire species, we must save every individual possible. When extinction is the next step, every life saved can help boost numbers in the wild. This is exactly what we hope Nigel, Hercules, Memo and Antak will do. Will you be part of their journey to freedom? 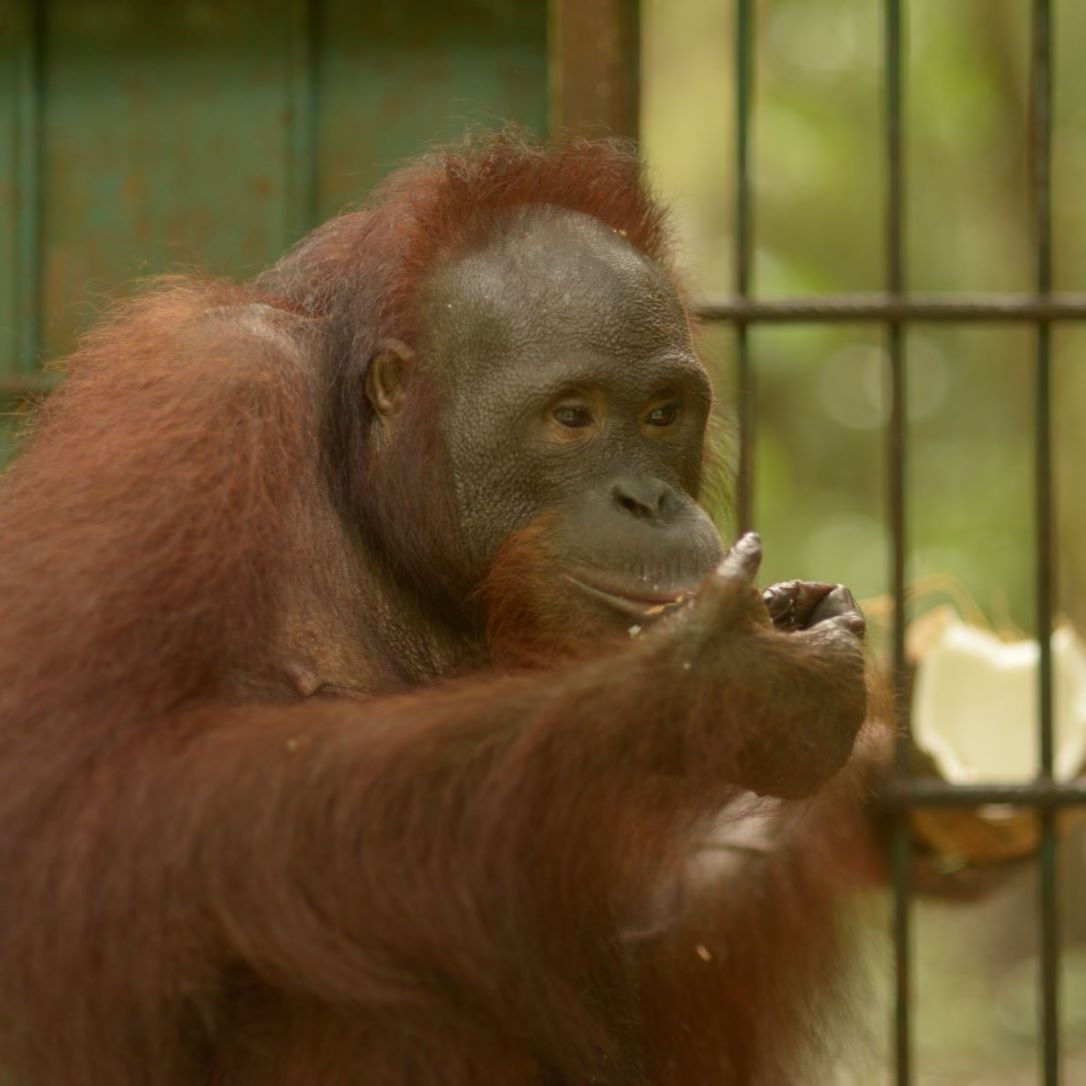 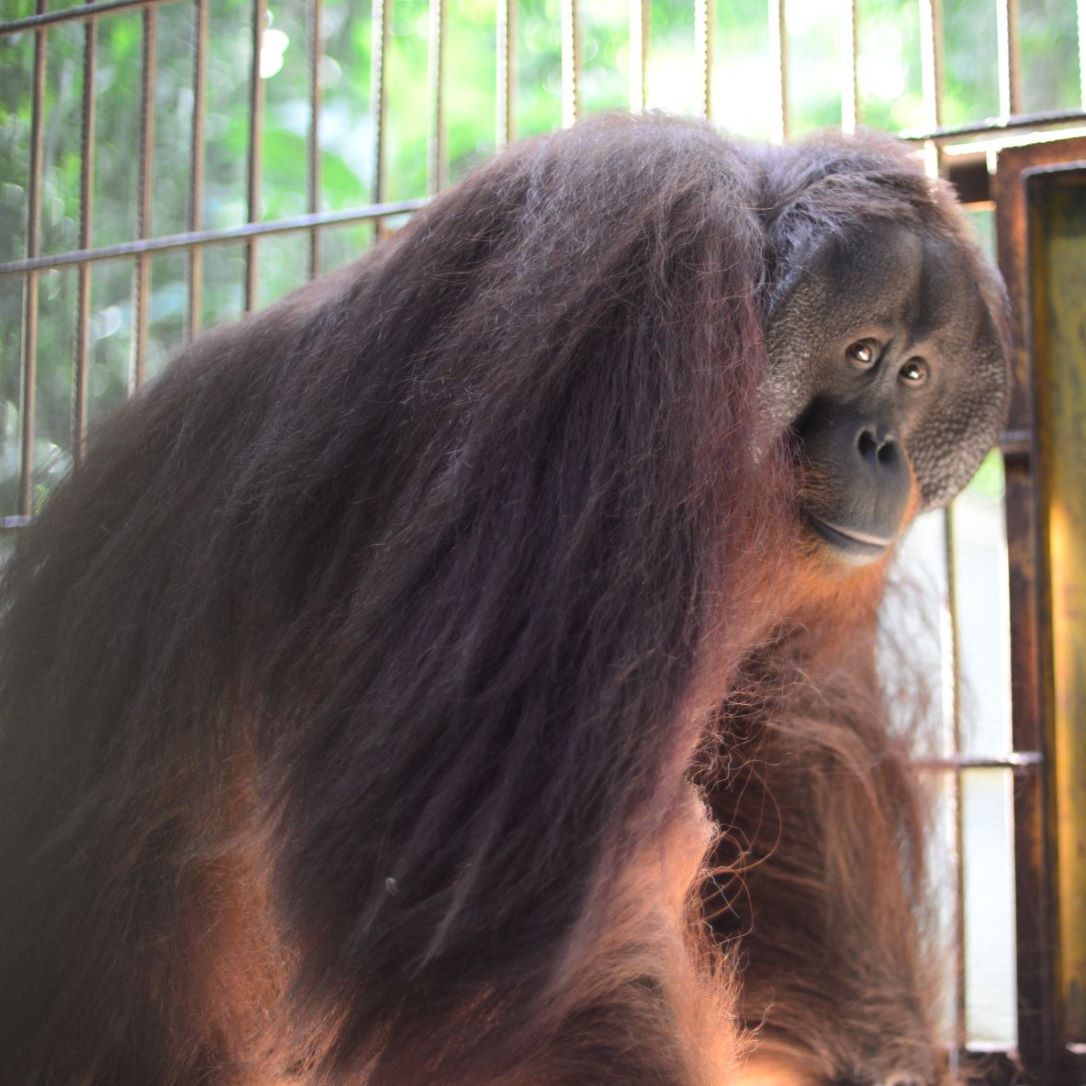 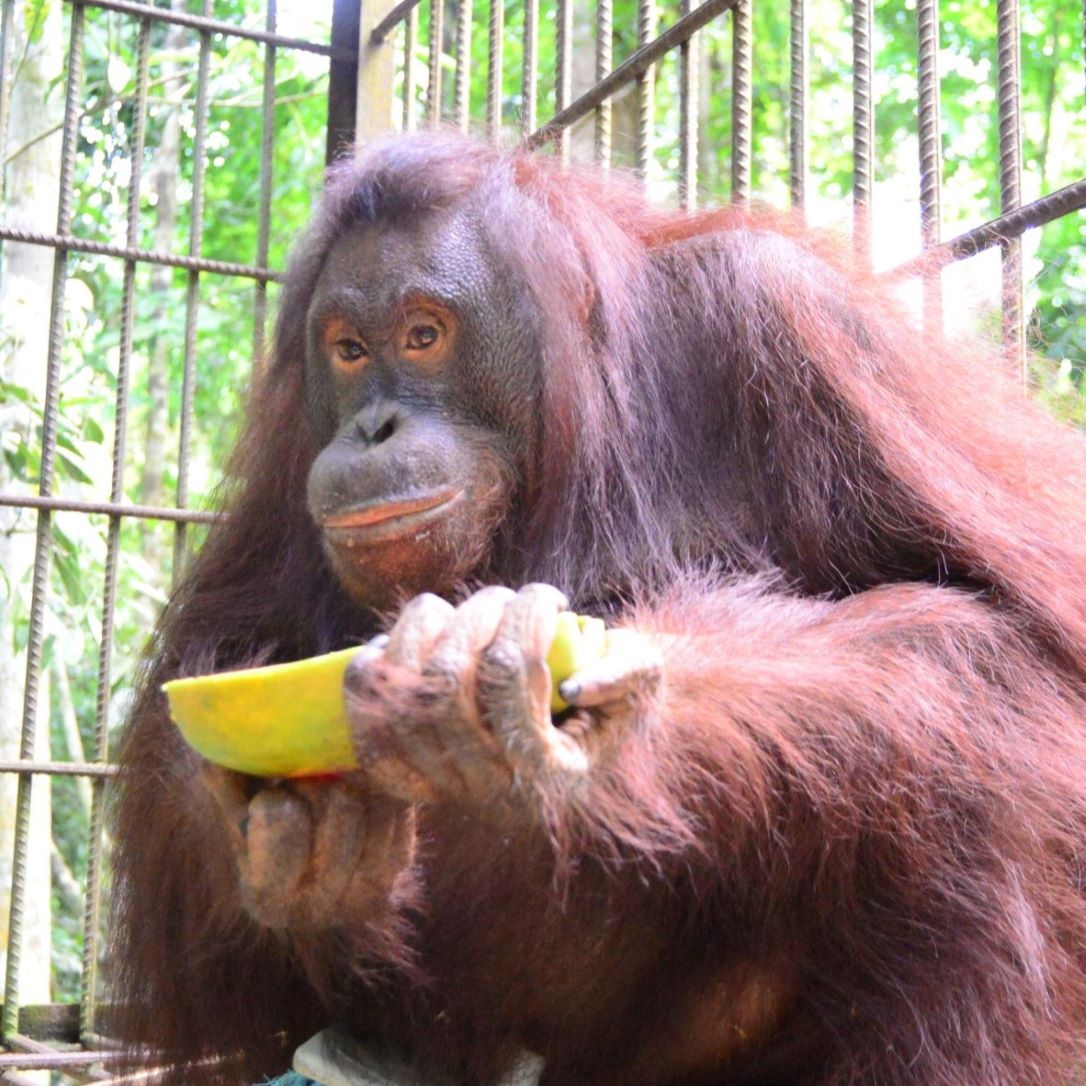 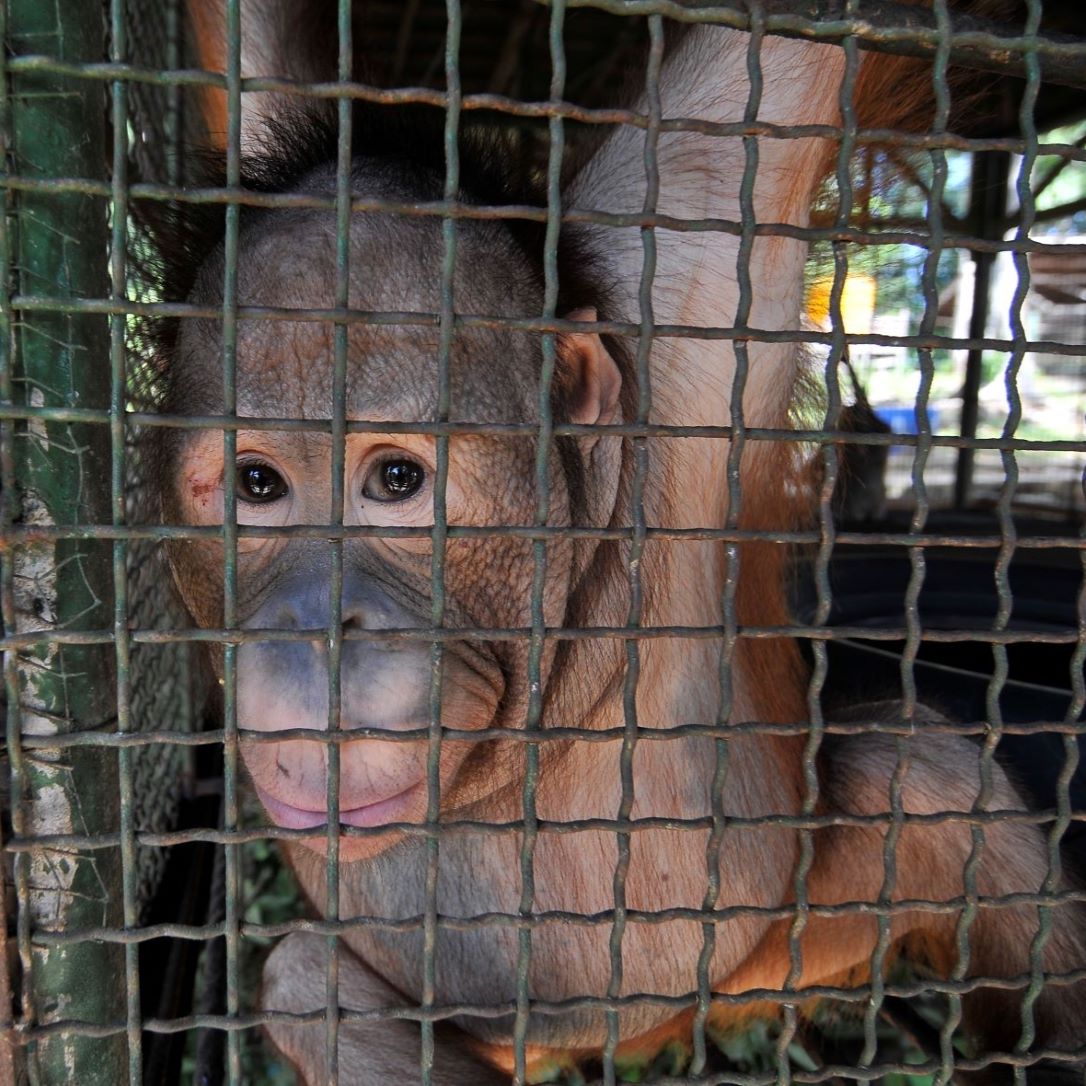 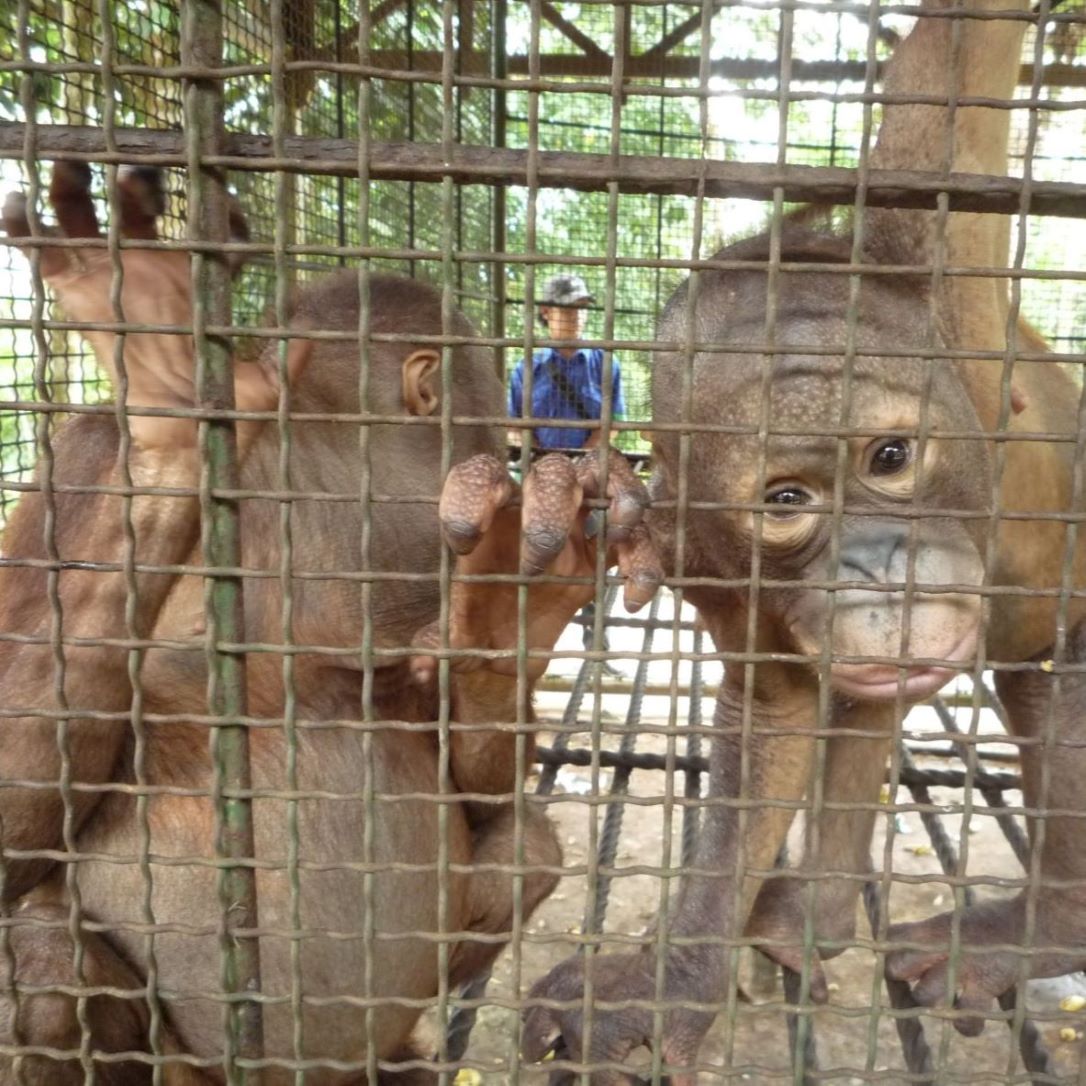 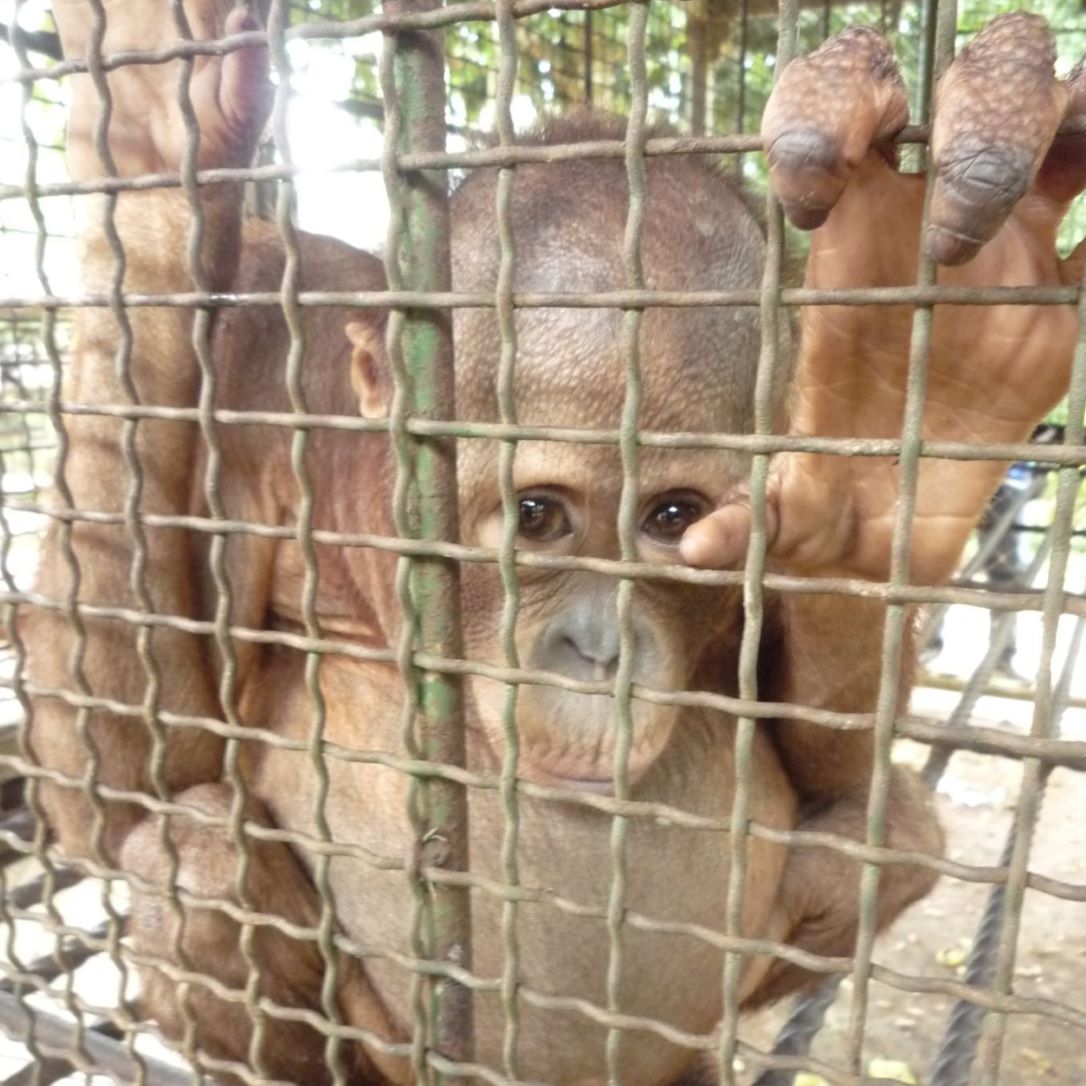