Mother and Daughter Orangutan Released Back to the Wild

A Mother and Daughter pair of orangutans - Ucokwati (aged 18 years) and Mungil (aged eight years) - have been released into the Busang Ecosystem, one of the last remaining viable rainforest habitats for Critically Endangered orangutans on the island of Borneo. 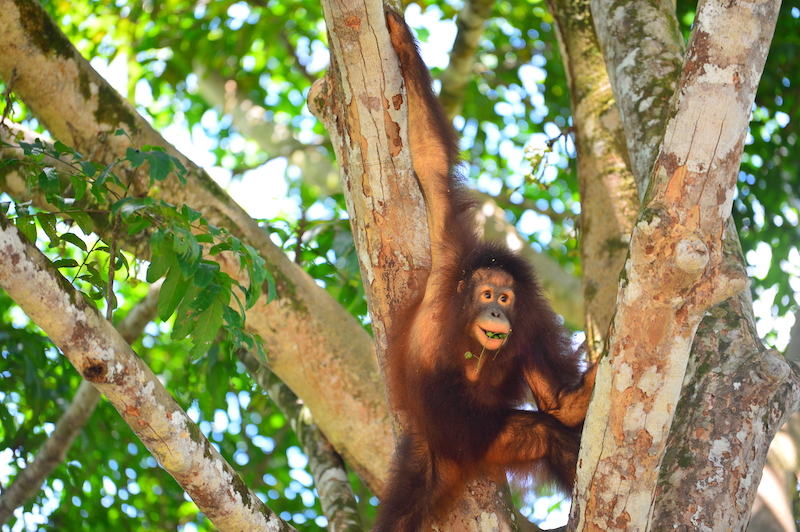 Mungil, who was born in captivity, enjoying her first taste of freedom after being released to the Busang Ecosystem, May 2022

Their release is the first of a series of orangutan releases back to the wild this year by the Bornean Orangutan Rescue Alliance (BORA) - a joint initiative of the Indonesian Nature Conservation Agency (BKSDA), Centre for Orangutan Protection and The Orangutan Project.

Ucokwati and Mungil were deemed eligible for release after successfully completing rehabilitation at the BORA Rescue & Rehabilitation Centre in East Kalimantan.

The pair had previously been cared for at the Wildlife Rescue Centre in Yogyakarta on the Indonesian island of Java. Ucokwati was brought to the Centre after being rescued from an amusement park in October 2011 and gave birth to daughter Mungil in May 2013.

It is unclear how long Ucokwati had been held in captivity at the park, but as with most orangutans that end up in such places like these, it is highly probable that she was taken from her mother as an infant and sold into the illegal pet trade. 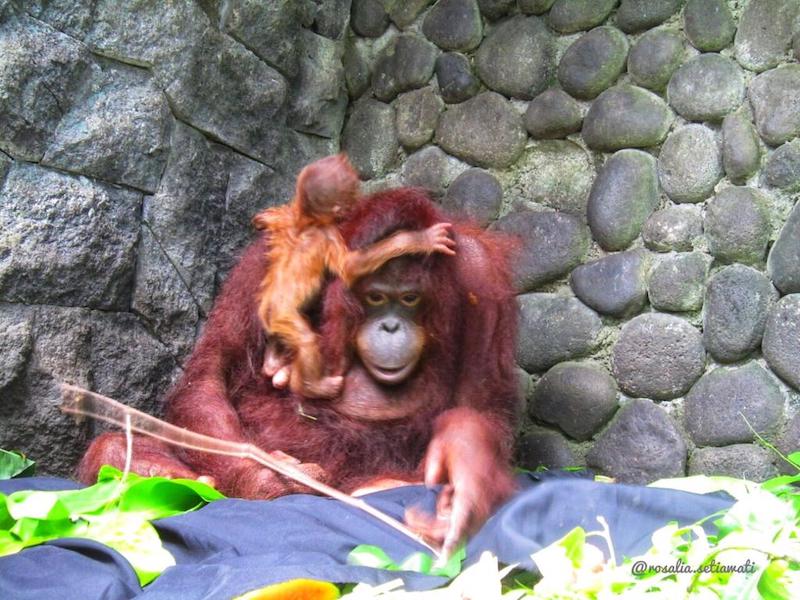 Ucokwati and Mungil at the Wildlife Rescue Centre, circa 2013.

With the Wildlife Rescue Centre forced to close down due to financial difficulties brought onby the COVID-19 pandemic, the pair were translocated to the BORA Centre in April 2021 after being identified as successful candidates for release. Both had demonstrated advanced foraging and nest-making skills, as well as a healthy dislike for humans. Ucokwati is particularly aggressive towards humans, no doubt due to her ill-treatment while in captivity, and this made her a prime candidate to successfully transition back into the wild.

The pair were released onto Dalwood-Wylie Island located in the Busang Ecosystem, a 340km, 10-hour journey by road from the BORA Centre, followed by a three-hour journey by boat along the Busang River. Their release onto the island provides an opportunity for the pair to experience the freedom of life in the wild while still being closely monitored by staff from BORA. It is expected they will make their full transition back to the wild within several months as they become increasingly independent and venture further into the Busang Ecosystem. 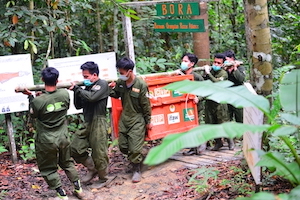 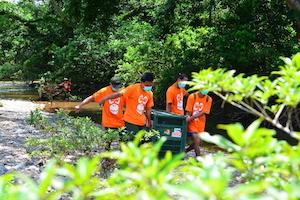 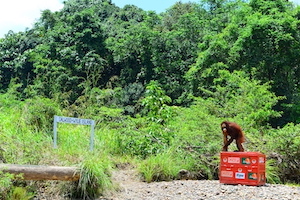 The pair were transported from the BORA Resuce Centre to the release site, the Dalwood-Wylie Island, in the Busang Ecosystem

The Busang Ecosystem is one of eight ecosystems identified as being strategically-critical for the future survival of Critically Endangered orangutans. Each ecosystem requires a minimum of 2,000 orangutans to ensure the population is sustainable. The alliance has been granted approximately 20,000 hectares within the 260,000 hectare Busang Ecosystem to undertake orangutan rehabilitation and release for Critically Endangered Bornean orangutans.

“We are currently living in the most important decade in the history of our planet for species survival,” says Leif Cocks, Founder of The Orangutan Project. “We are facing an extinction crisis unlike anything we have ever seen before due to the ongoing impact of habitat loss and the illegal trade of wildlife that has devastated populations of many animal species and led to an unprecedented loss of biodiversity.”

“Unless we can secure and permanently protect fully functional ecosystems of the right type, shape and size within the next ten years, then it is inevitable that orangutans will become Extinct in the wild as populations will be too small to be genetically viable.”

“The release of orangutans like Ucokwati and Mungil back to the wild gives hope that we can revert the impending extinction crisis,” says Leif.  “But we cannot do it alone. We need more individuals to join us to secure and protect viable rainforest habitat before it is too late.”