The Pro Natura Foundation (PNF) has worked for nearly ten years to protect the nationally significant Sungai Wain Forest in East Kalimantan. Their community patrols work around the clock to protect this vital forest from fires. During the 1997 - 1999 El Niño event, this forest was nearly destroyed by the devastating fires that engulfed East Kalimantan. Then in 2015, 800 hectares of regenerating forest was burned once again. Since then, greater effort has been put into fire protection, with the Pro Natura Foundation taking on a key role. 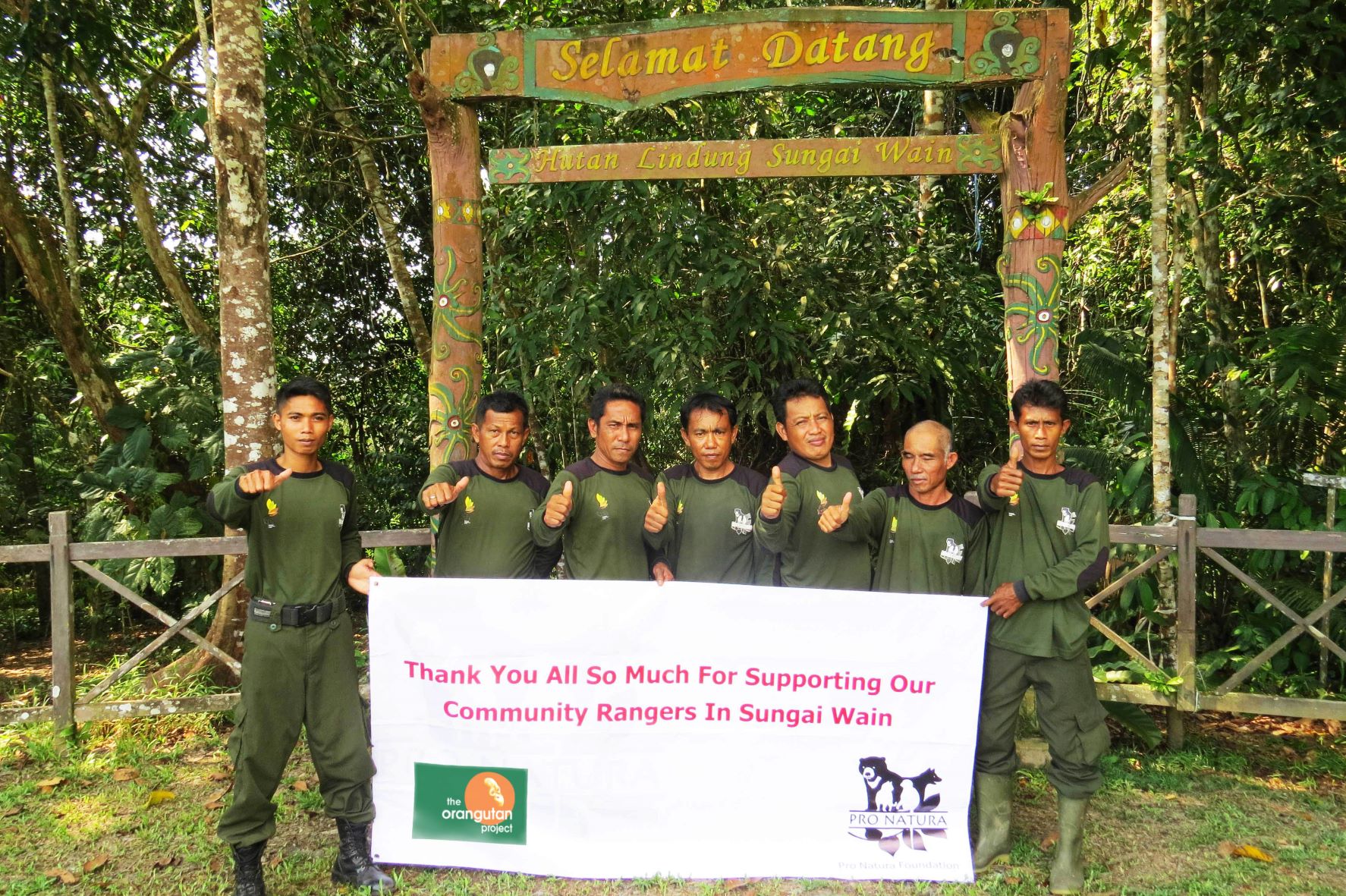 Above: Pro Natura Foundation rangers thanking us (and you!) for the funding that's making their work possible

Although the forest is relatively small, at around 13,000 hectares (just over 32,000 acres), it is of national importance, especially for the nearby city of Balikpapan, as it supplies 25 percent of its freshwater needs. The forest also has high biodiversity, including a small breeding population of Bornean orangutans from the first release program in East Kalimantan in the early 1990s. Recent estimates indicate that at least 80 orangutans live in the forest, some of whom are offspring of those original releases. 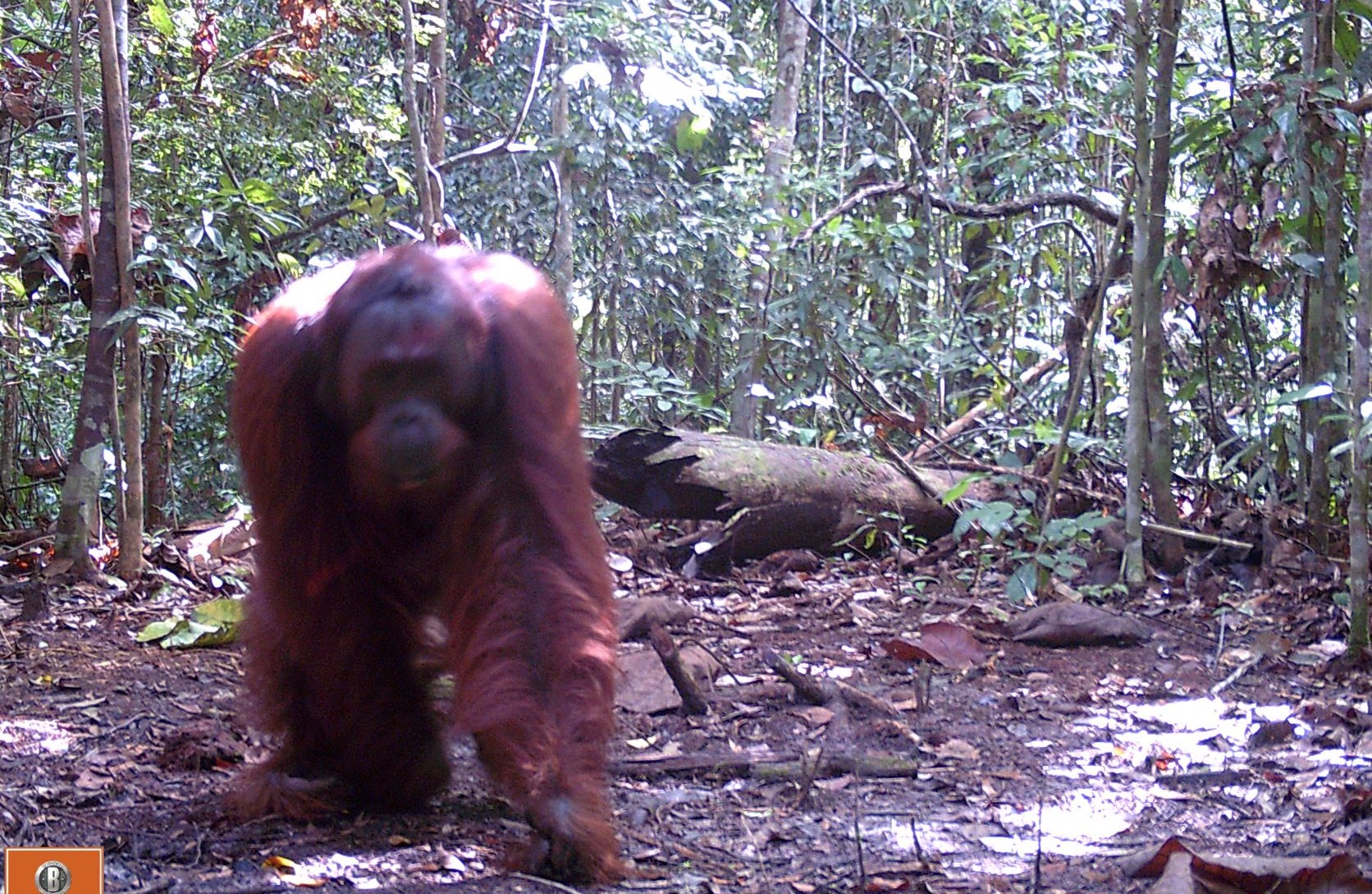 Above: One of the Bornean orangutans who calls this forest home

In addition, the forest is also home to almost all the typical Bornean lowland rainforest species, including  all five of Borneo's cat species, all eight hornbill species, eight other primate species, and many rare bird species such as the Bornean ground cuckoo and the Bornean peacock pheasant. This forest is also home to an incredible plant diversity, including more than 30 hardwood tree species listed as Critically Endangered on the IUCN Red List. 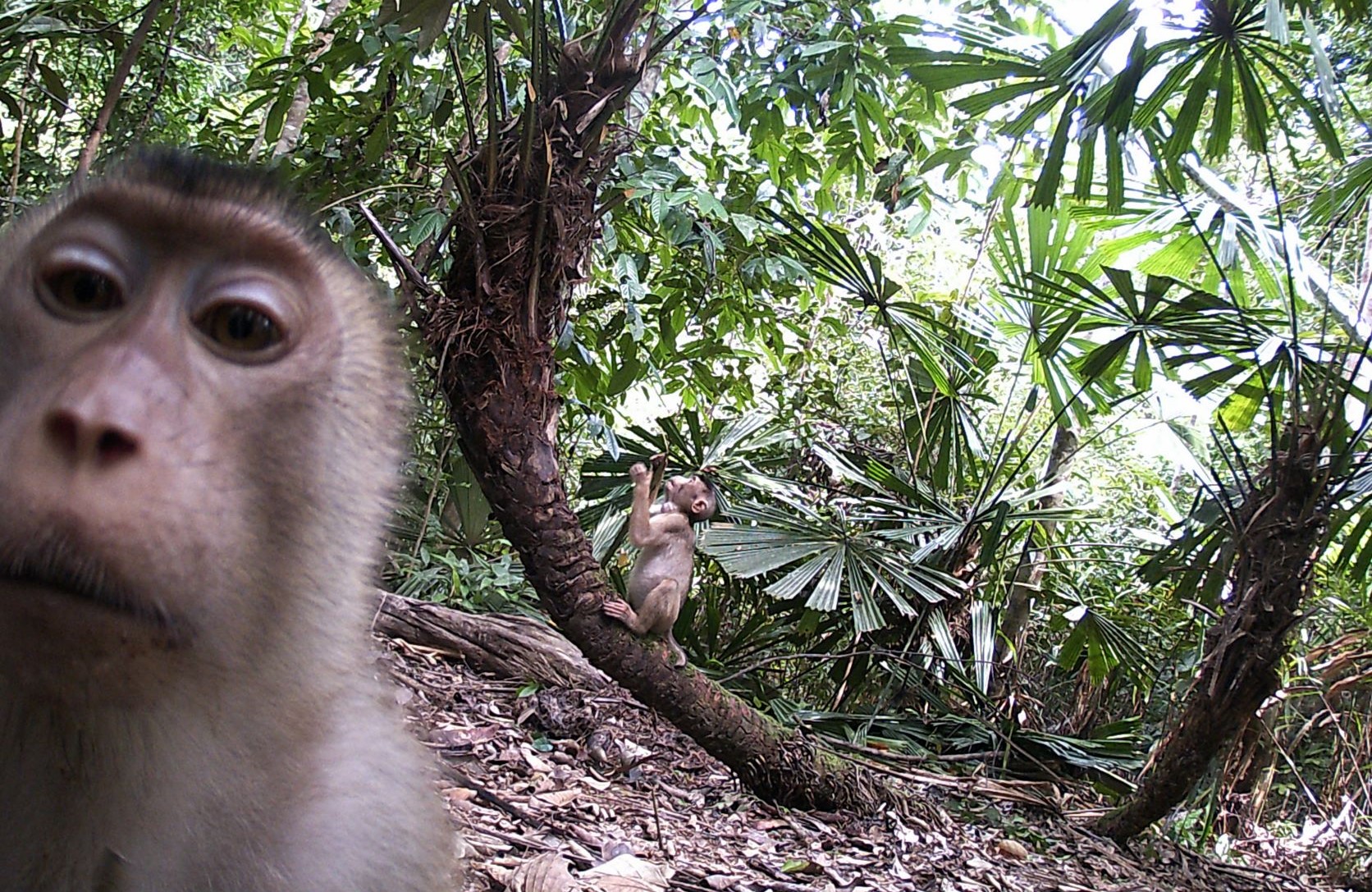 Above: Long-tailed macaque mother and baby, who looks decidedly spiritual perched that branch!

In this story you can see just some of these species that have been photographed recently by PNF’s camera traps. It’s wonderful to see how many species call this beautiful forest home. PNF will continue to strive to develop a strong local commitment to safeguarding the future of this ancient forest. Our funding supports their community patrol teams to provide effective fire-fighting and protection during periods of drought. 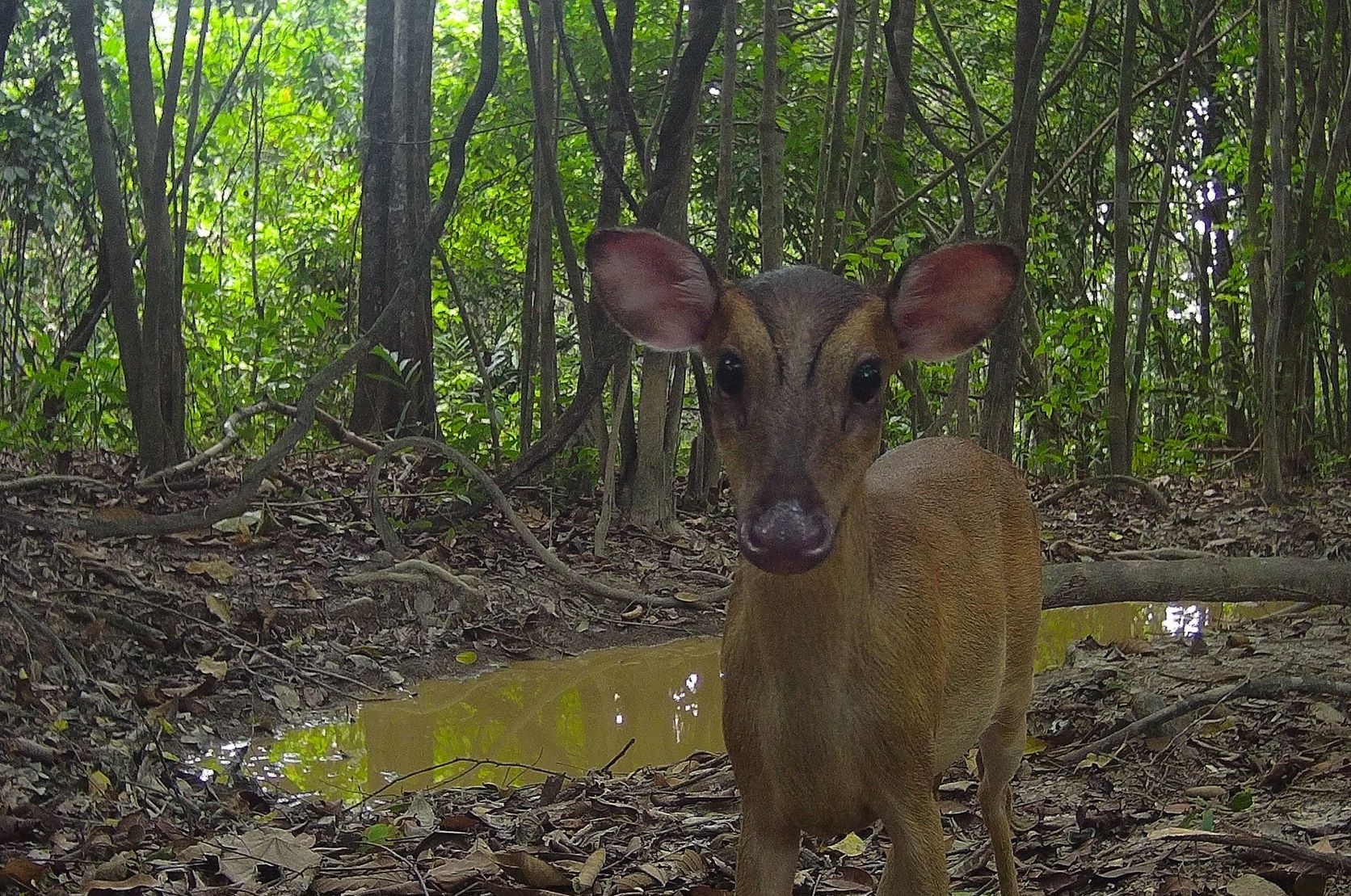 Bottom row below: A family of curious pigtailed macaques, a hornbill, a yellow muntjac 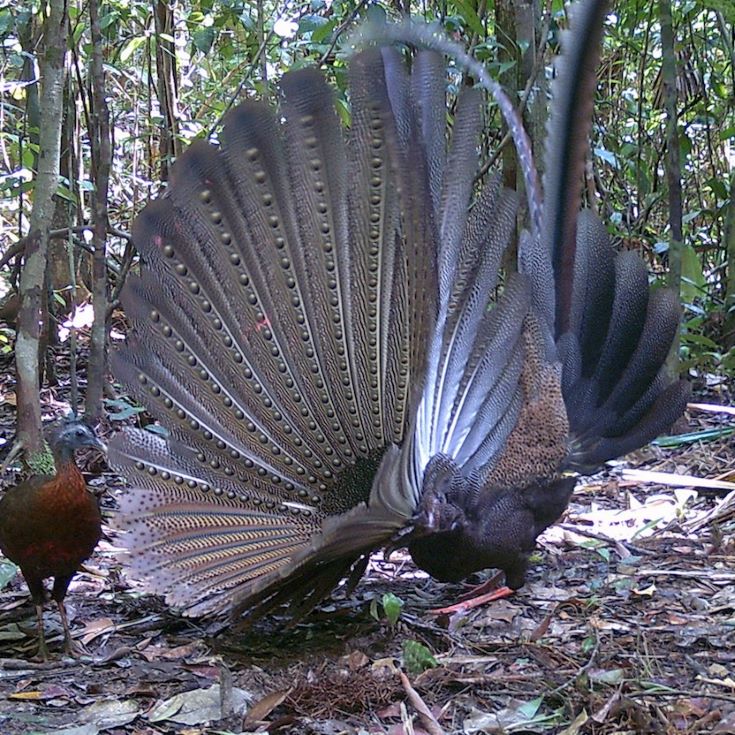 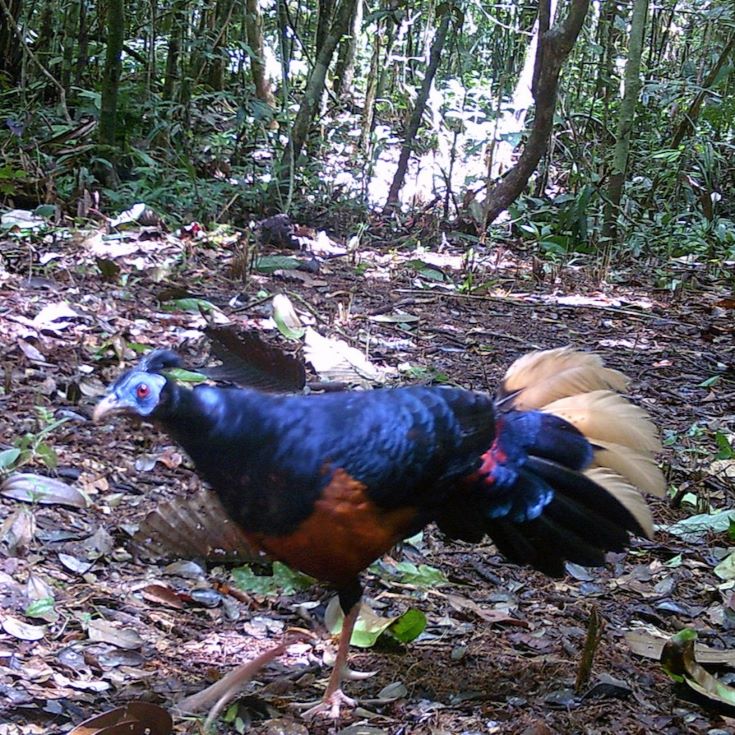 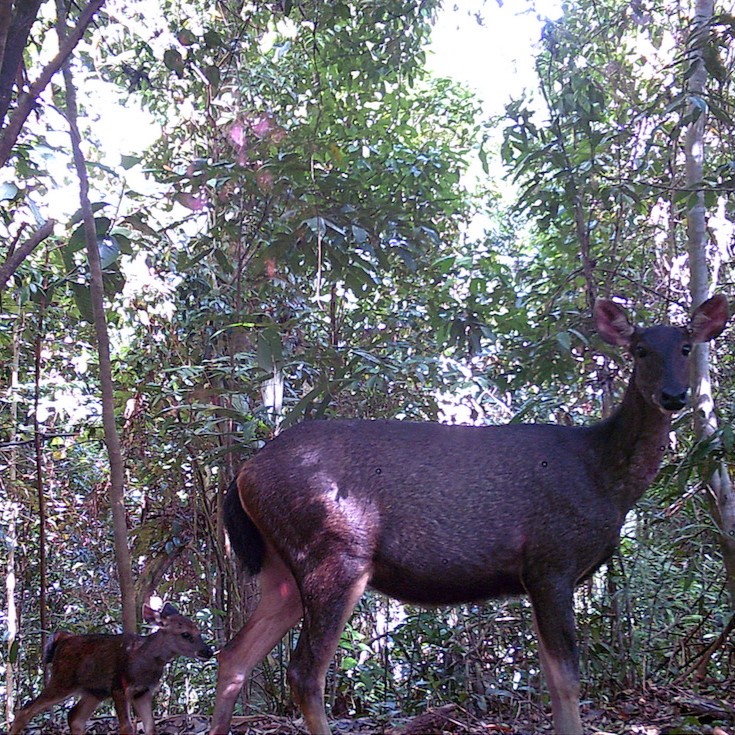 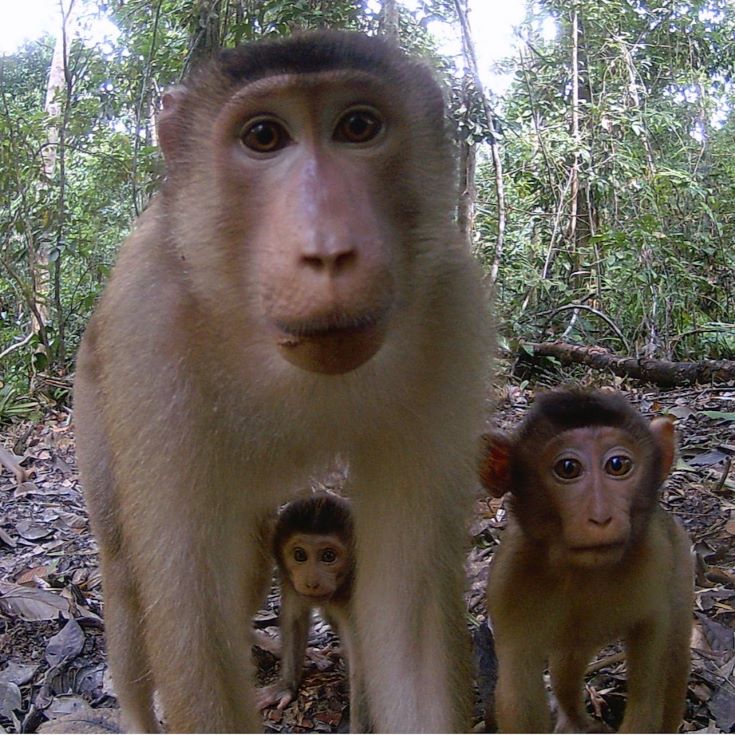 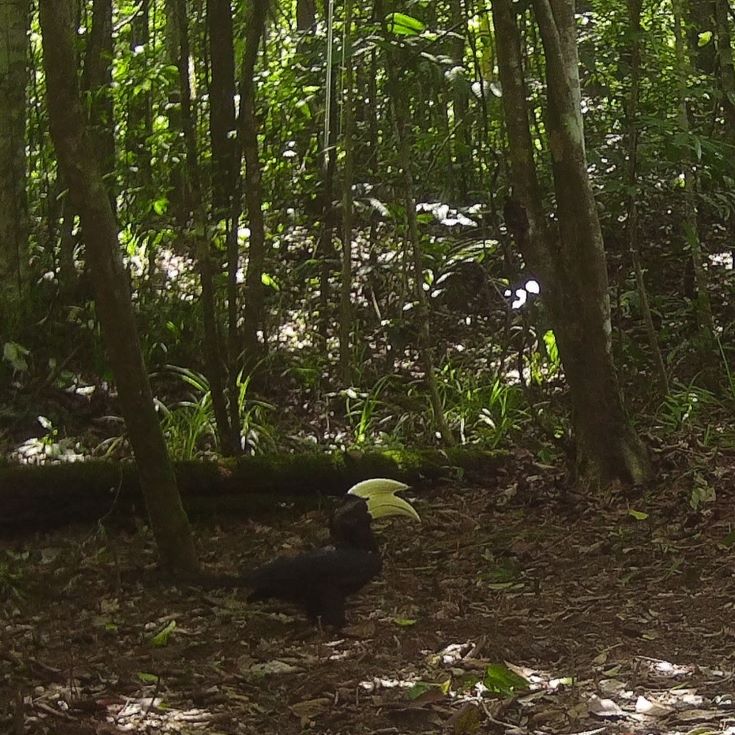 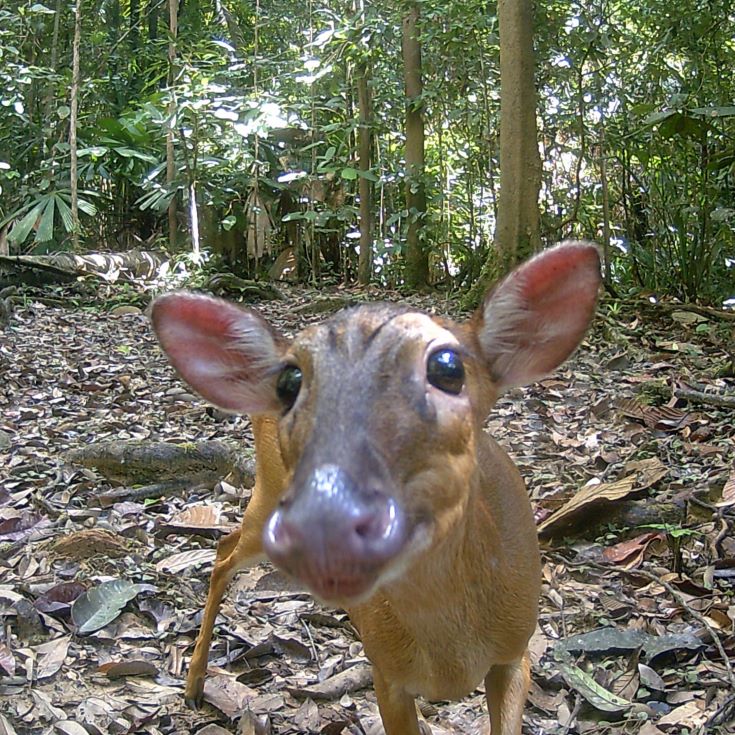