Popi has continued to develop her forest skills over the last six months at our BORA rescue centre in East Kalimantan. Whilst out at Jungle School, Popi is showing more independence and not seeking out the attention of the keepers so much. 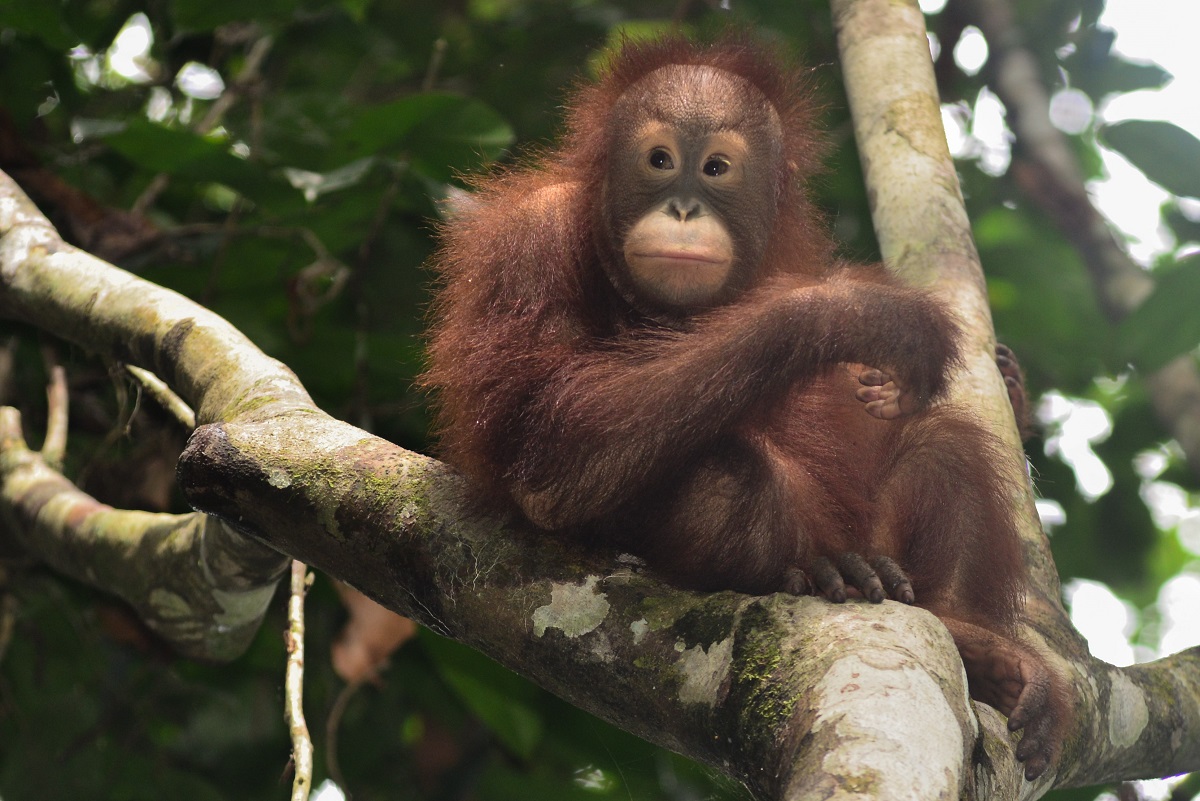 Popi will immediately climb the trees and travel in the canopy when she arrives at Jungle School. She is becoming better at selecting strong enough tree branches to move to however sometimes she makes mistakes and has had a few falls. Popi now usually doesn’t go to the ground unless it’s time to receive some food or head back to the enclosures. This video shows Popi's strength and agility as she scales a thick tree trunk.

Sometimes the keepers lose sight of Popi if she moves away quickly or if she is very still and quiet in the canopy. When they call her name if they can’t see her, Popi will often make a slight movement, almost as if she understands they need to know where she is. Popi is also increasingly eating some of the leaves and bark of the various trees which is excellent since these are an important food source for wild orangutans, especially in the dry season.

Popi and the other female orangutans in her enclosure have become more patient when the keepers come to clean the enclosures in the morning. Once they have finished cleaning, they will give out fruits and vegetables to the orangutans. She used to scream loudly however now she and the other orangutans wait quietly for the keepers to finish their cleaning. Popi enjoys her food greatly and will now not put up with other orangutans trying to steal her food. If Ponti manages to take her food, then Popi will try and bite Bonti’s hand. The keepers stay at the enclosure while the orangutans eat to ensure they all receive enough to eat. Popi also still receives milk once a day as well as extra protein such as tempeh and boiled eggs and multivitamins once a week.

Popi has grown in height over the past few months and has also slimmed down with her belly circumference reducing. She is in the process of losing more of her baby teeth and growing adult ones.

It’s wonderful to see Popi continue to grow and flourish at the BORA rescue centre and at Jungle School. Well done Popi! 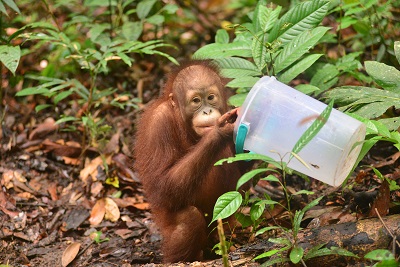 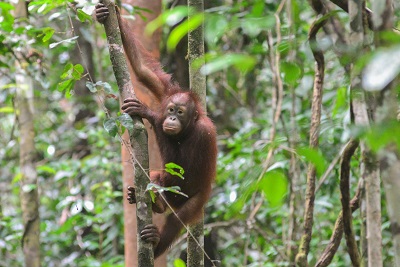