Seroja has had an extremely difficult few months. Although she was nearly ready to be reintroduced into the forests of Jantho, during her pre-release health check, the veterinary team found a small, hard mass in Seroja's abdomen.

In the short two weeks that we waited for Seroja's blood results and to rent an ultrasound machine, Seroja's mass more than doubled in size, and Seroja's activity levels quickly declined - a sure sign of pain.

Although many experts throughout Europe were contacted, no definitive diagnosis could be reached, and surgery quickly became critical. Veterinary teams from SOCP, OVAID, and OIC operated on Seroja and removed a cyst which was attached to her uterus and left ovary - the cyst had become so large that it weighed 2.6kg and contained 1.9 litres of fluid!

Thankfully, Seroja has made an almost complete recovery after her surgery. She was on antibiotics and pain relief for some time and her wound has now almost completely healed. She’s had to stay in the hospital area so no other orangutans could pick out her stitches. It is planned to move her back to a social group within the next fortnight which we are sure she will be very grateful of. It is very much hoped that Seroja will be able to released into the Jantho forest in the future after a full recovery. 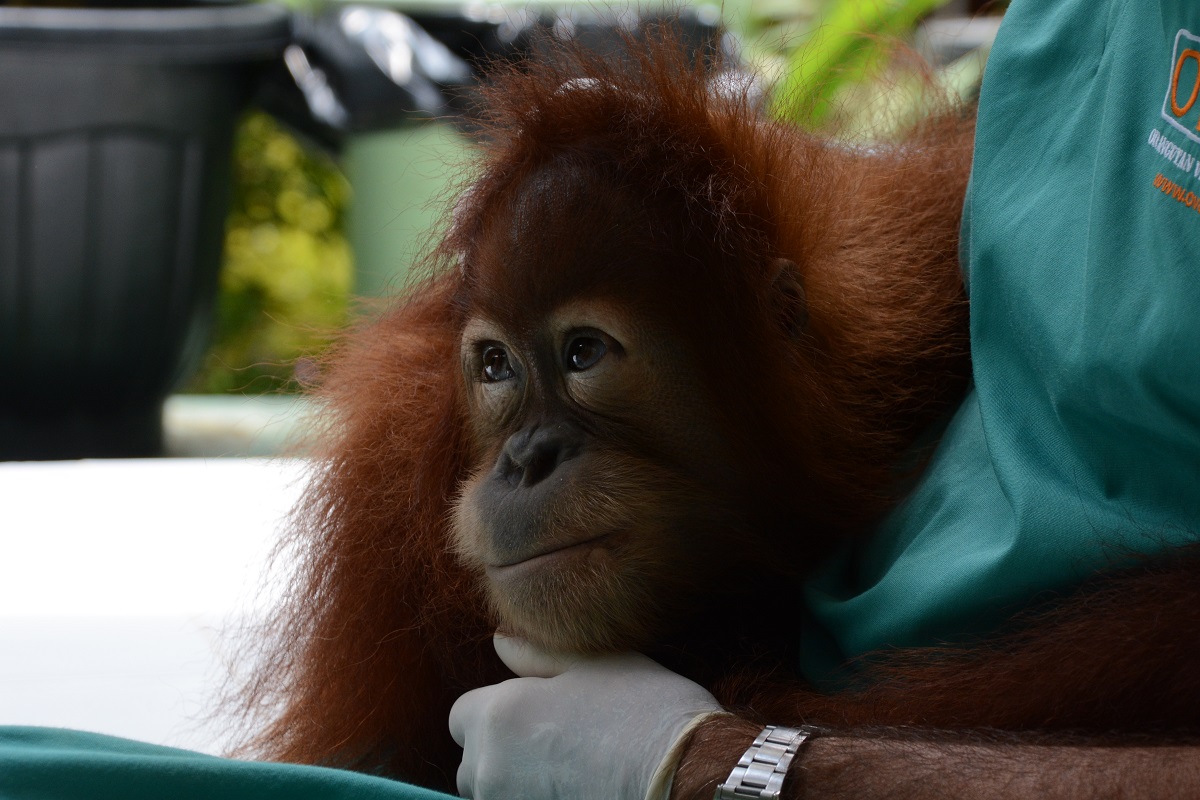 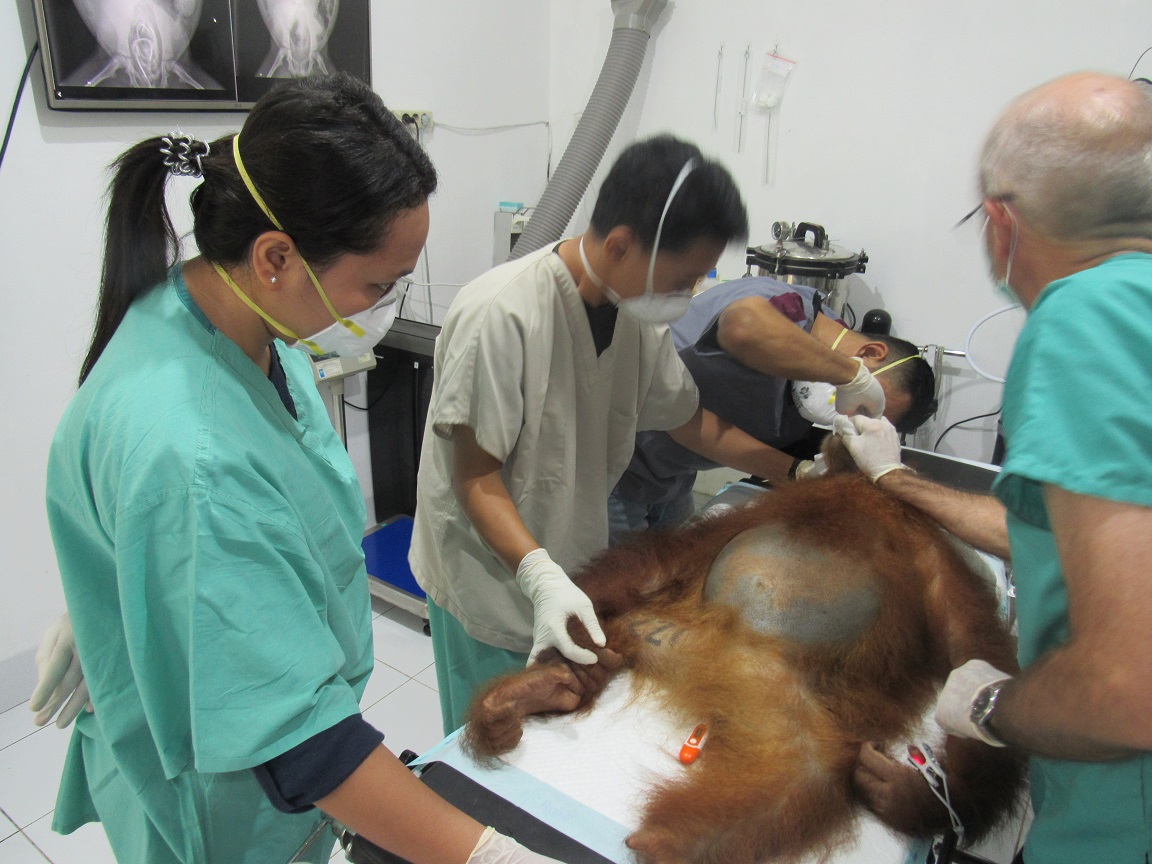 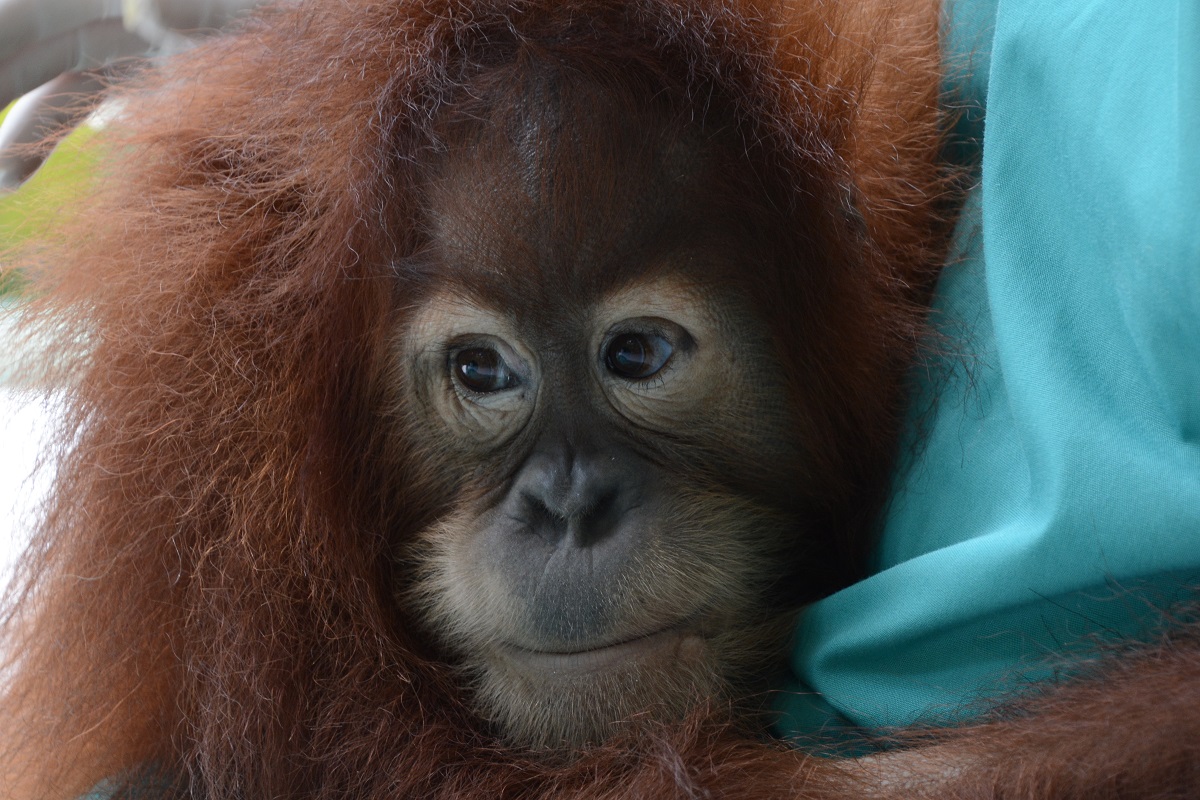