Septian has had an interesting few months, demonstrating some improvement in a number of areas, and, with his weight up to 14kg, he is developing into a good, young male orangutan. His most obvious improvements have come with regards to independence; over the past few months Septian has started avoiding interaction with his keepers much more, demonstrating a bit of aggression and the display behaviour towards humans that is a desirable for orangutans ahead of their release into the forest.

However, as the dominant animal in the group, Septian has become a little complacent and lazy in his behavior, and his team of keepers is working hard to develop his character through a range of methods. Key among these is supplying Septian with enrichment tasks, which fortunately he absolutely loves. He is a big fan of puzzle boxes, as well as plastic balls stuffed with food and leaves, all of which will improve his mental agility, motor skills, and provide much needed stimulation. Indeed, Septian’s favourite part of the week is when the group of nine orangutans is moved around the cages at the socialisation block. This allows the young orangutans to prepare for larger spaces, develop muscle condition, and provides all-important stimulation as they move and play through the various cage areas.

Although his tool use is pretty good, and he clearly enjoys the enrichment tasks, Septian is yet to make proper nests using the leaves provided twice a day by his keepers. He does like to play with it; rolling around and breaking twigs using his hands, so it is hoped that when new, wilder orangutans are introduced to the group in the coming months he’ll quickly develop these all important nest-building skills.

Septian’s best friend in the group is still Seroja, a subordinate female with whom he’s inseparable. They spend all day playing and feeding together, before sleeping together close by high up in the cage. Despite her subordinate status, Seroja is quite protective of Septian, and it is a wonderful relationship, which will enable the possibility of them to be released together in the future. 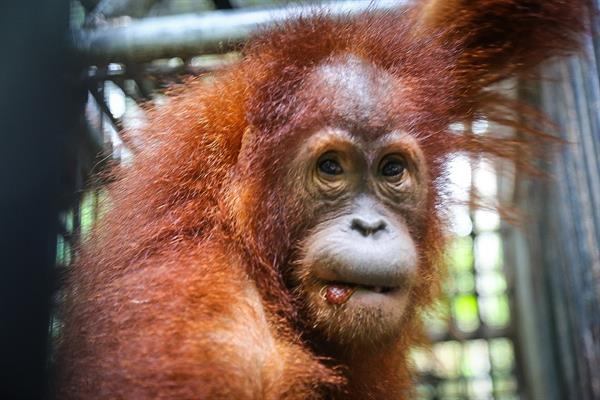 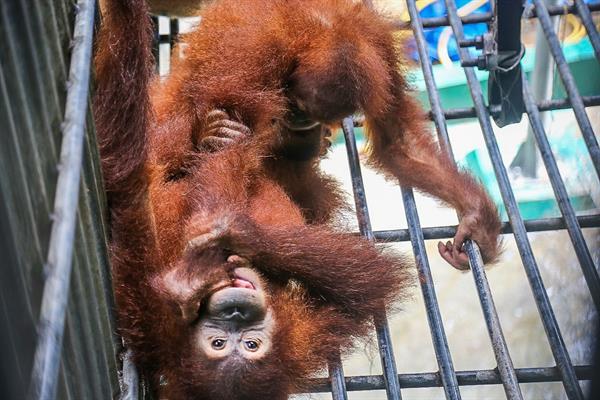