Handsome Carlos is now 12 years old and weighs over 60kg- he is certainly not a little boy anymore!

He is very healthy and has an excellent appetite, eating a wide variety of fruits and vegetables. His favourite food items are rattan shoots and sugar cane. With his strong teeth, Carlos will chew on the hard sugar cane to extract the juice. He will then spit out the pulp. After eating, Carlos loves to sit and relax.

Lately, Carlos’ behavior has become somewhat unpredictable. At times he is friendly but then he can be aggressive. This is probably due to his age and developing into a sexually mature male. Carlos will sometimes bang on the cage to annoy his house mates.

Despite becoming older, Carlos still loves to play inside his large barrel and roll around in it. When he tires of playing in the barrel he usually stays inside and has a nap! Carlos will still spend the night sleeping in his swing with a lovely nest of twigs and leaves. 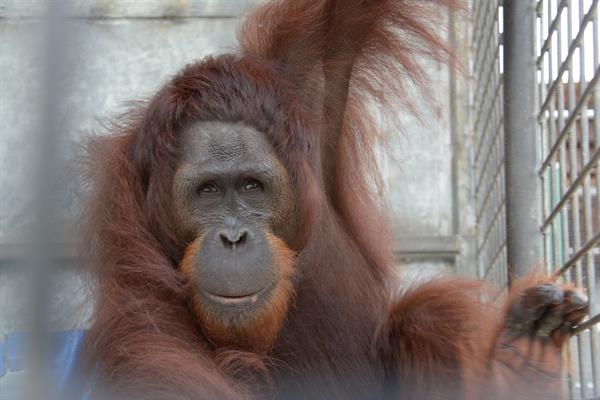 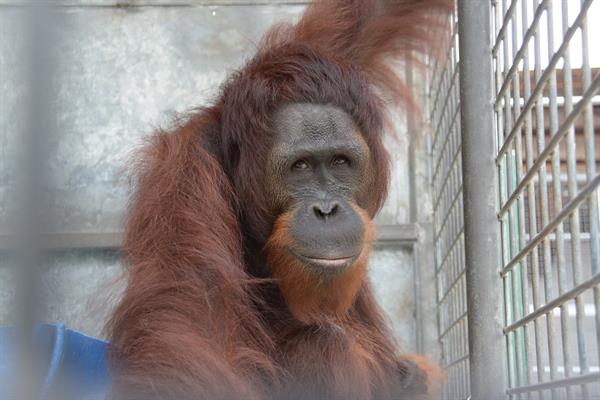 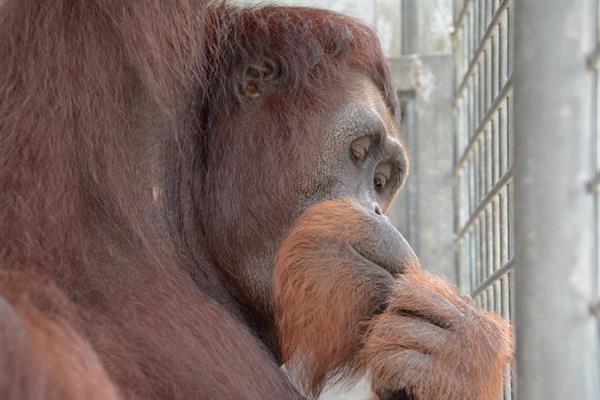 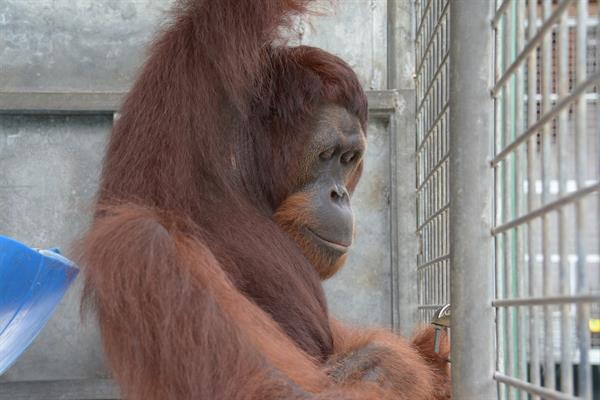