Beda was moved to the pre-release Kaja Island in June 2013 for her final rehabilitation process before her release. Beda has been quick to adapt to forest living on the pre-release island and has shown excellent survival skills such as choosing natural food and building nests. Beda appears to be very content living on the island. She explores the island every day and also relaxes in the canopy.

Beda is a brave orangutan. She will compete for food and protect herself when another orangutan acts aggressively towards her. Beda is a friendly orangutan and is never aggressive towards other orangutans. Beda is also very independent and is proving to be a very competent orangutan on Kaja Island. She prefers eating forest fruits to eating the fruit provided by the technicians on the feeding platform every afternoon.

As Beda is now completing her rehabilitation, if your adoption was on auto-renewal we have transferred your adoption to Bunga from the Orangutan Emergency Centre, Ketapang, West Kalimantan. Bunga arrived at the centre in November 2009. She was about 2½ years old. Her story is similar to that of many other rescued orangutans: a family phoned the centre and asked the rescue team to go and pick her up from their house. See more information about Bunga. If you wish to be transferred to another orphan or cancel your adoption, please call Rebecca on 1300 REDAPE or email at rebecca.buswell@orangutan.org.au

We will of course inform you when Beda is released into the Batikap forest, to join over 100 other orangutans released and provide any further updates that we can.

Thank you so much for your support of Beda. Her journey to freedom is now almost complete and has been made possible with generous support from her adopted parents such as yourself. 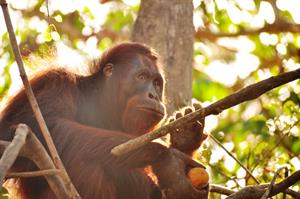 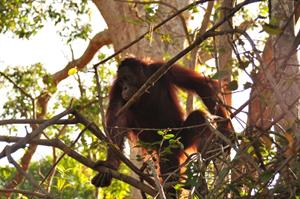 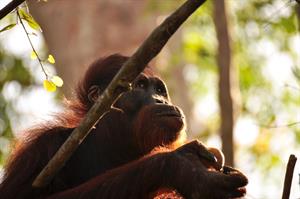