In late July we began the process of gradually introducing the youngsters Chocolate and his roommate Pundu, to some slightly bigger, 3 year old orangutans, Seroja and Septian, in the infant care facility built in 2011.

These days, in his now more spacious surroundings, Chocolate can often be found taking a nap during the day. It seems he enjoys a siesta and is more active in the morning and late afternoon.

When Chocolate was first confiscated from Southwest Aceh and driven back to Medan overnight from, it was already clear in the car that he was a very independent infant. Most orangutans would have chosen to sleep during the trip, clinging on to someone for comfort and warmth. Chocolate, on the other hand, preferred sleeping on his own, in the middle of the back seat between his two rescuers. Even when awake, he would grab and snap at people trying to pick him up.

In early August 2012, Chocolate moved to a socialisation cage together with Pandu, Seroja, Septian, Jimmy, Rahul and Singkil in a group. He didn't do lot of activity as he was still afraid of the new place. After a while he got used to it and started to play with other orangutans. His weight decreased after the move there, because he was more active and rested less as he played with other orangutans a lot more.

Today he is still in socialisation cages with the same orangutans. He has regained the lost weight and added a few more kilograms. He is much more active than before and more self-assured and brave with the others. He also often plays and interacts through the bar-work with orangutans in other adjacent cages. He seems a much more confident individual these days and even appears to be becoming the dominant individual in his group. All this bodes extremely well for the rest of his time at the quarantine centre and his eventual future in the wild as a free orangutan once again. 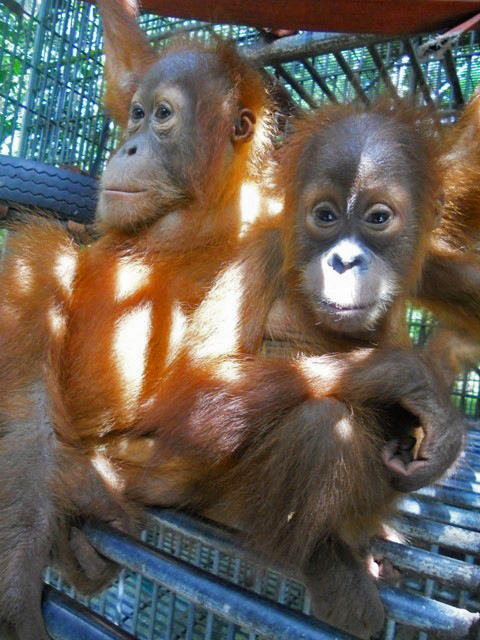 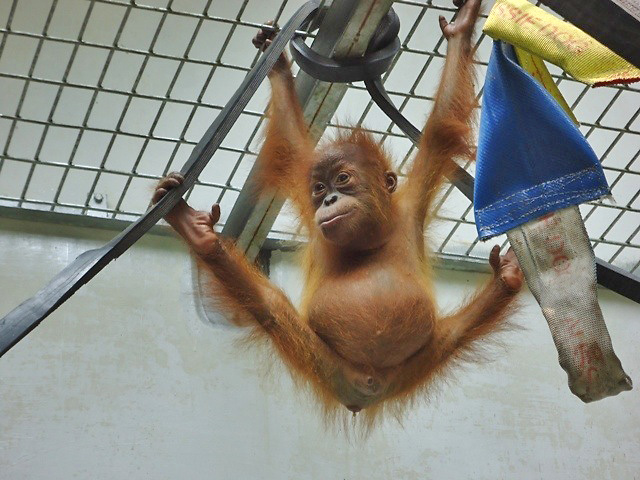 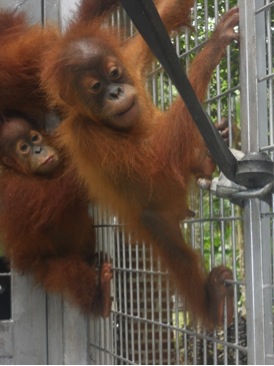 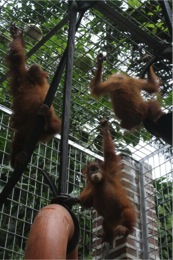