In 2010, 24 hectares of land was purchased in Ketapang, West Kalimantan to build an Orangutan rescue and rehabilitation centre for orangutans that had lost their forest habitat in the province of West Kalimantan. The aim is to rehabilitate the rescued orangutans and release them into protected areas of forest.

The new facility contains a fully equipped clinic for orangutans, a quarantine facility for infants and adults, socialization cages for adult orangutans, open enclosures for the rehabilitation of orangutans, an office and an education centre. 90% of the purchased land is forested. This forest provides an excellent way to provide a natural environment for the rehabilitation of the orangutans, allowing them to learn vital survival skills prior to being released back into the wild. 1 ha forested enclosures have been constructed to house orangutans being rehabilitated for release. Such enclosures also provide an easy way to monitor the development of an orangutan in a semi-natural environment.

One of the biggest problems faced when reintroducing animals to the wild that have spent considerable time in captivity is their inability to be able to recognise available food sources, especially during seasonal variations. Wild orangutans eat hundreds of different plant species and they change their diet according to the season and food availability to survive. Orangutans predominantly feed on high calorie fruits during the fruiting season but must rely on eating other food sources such as leaves and cambium when fruit is scarce.

The aim is now to purchase further forested land that borders the centre so larger semi-natural enclosures can be constructed. These forested enclosures will be enriched with known orangutan food trees so the orangutans undergoing release training will gain some knowledge of the wild food sources that are available to eat in the forest.  If this extra land is purchased, it will also allow an orangutan food tree plantation to be established. This will supply food for the captive orangutans, thus reducing the operational cost for food and it will create a sustainable financial source for the centre. 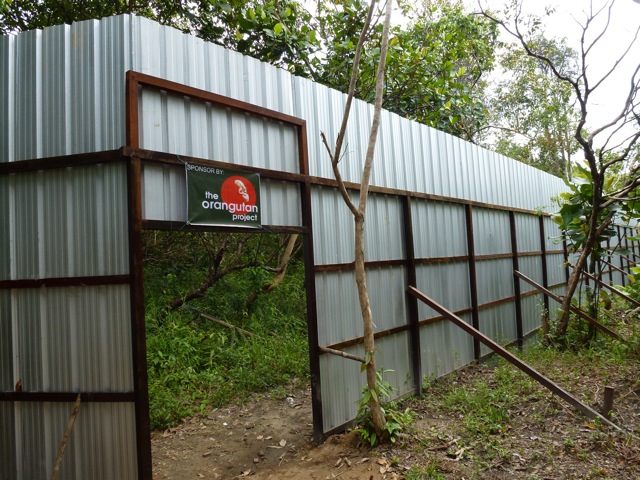 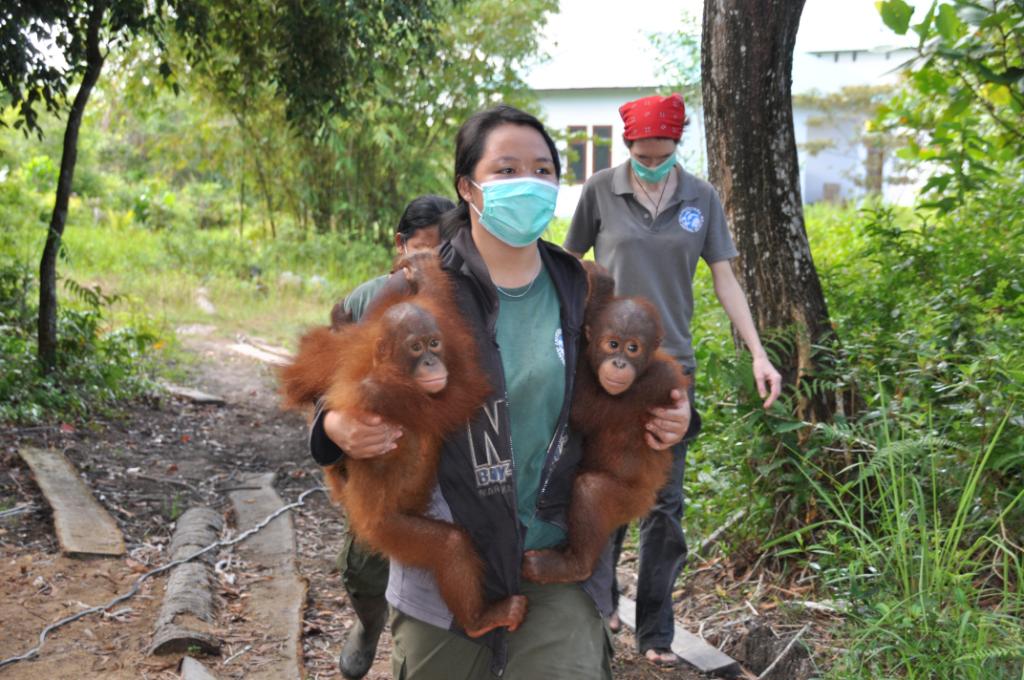 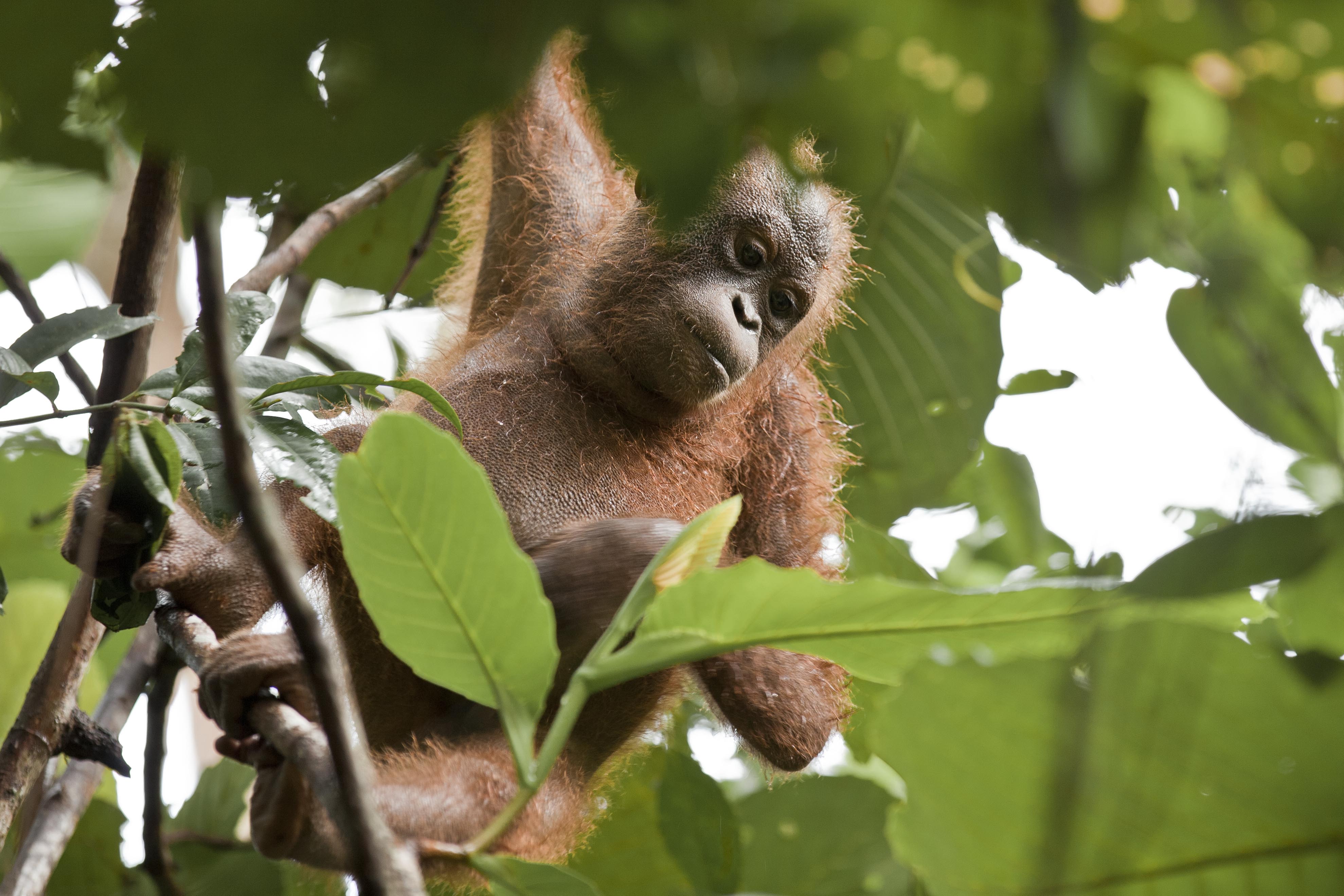 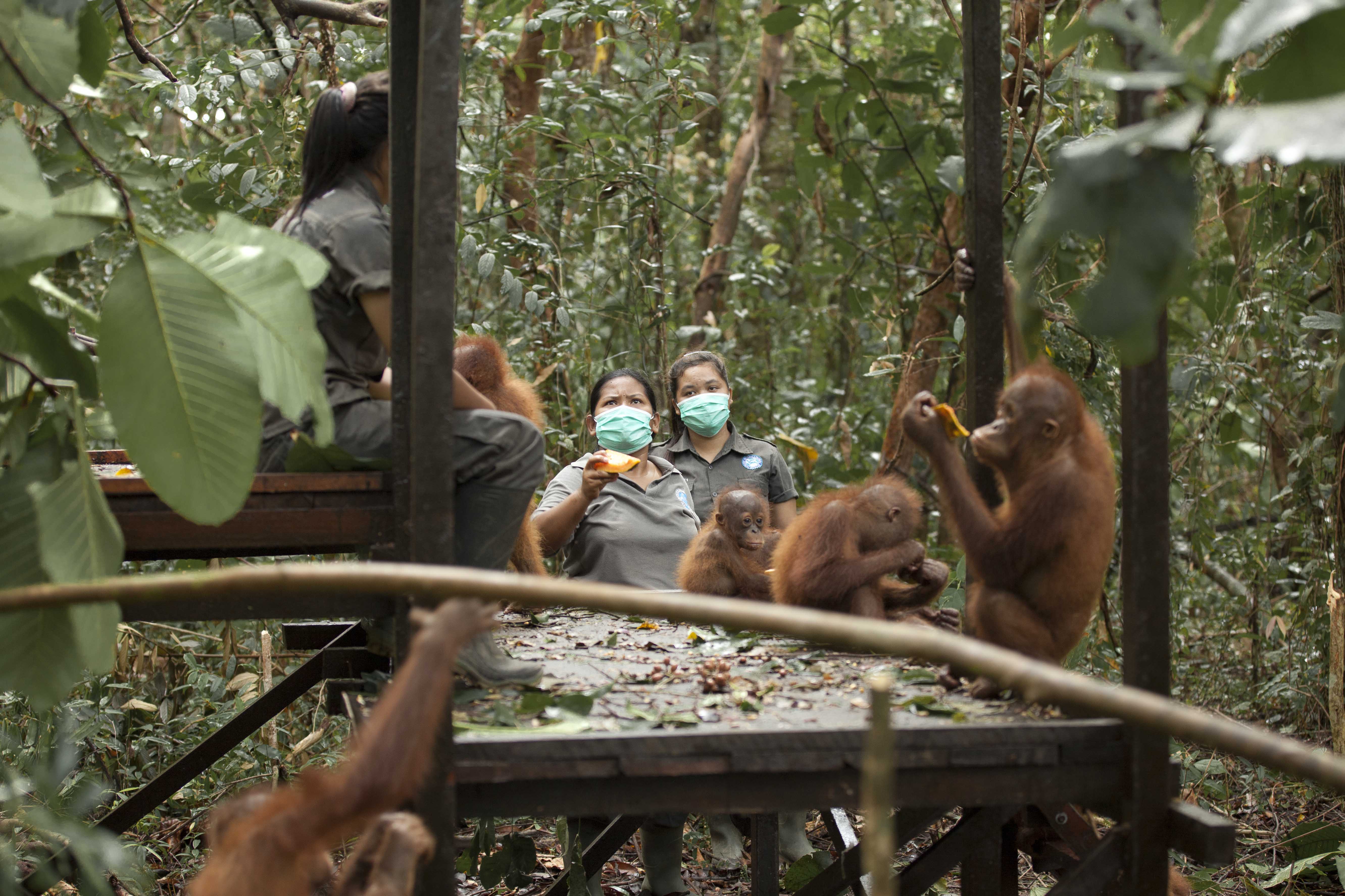