International Animal Rescue’s (IAR) orangutan work is undertaken in the province of West Kalimantan. Since 2009, they have rescued over 250 orangutans displaced from habitat loss, the illegal pet trade or human-orangutan conflict (HOC). Many orangutans have been translocated to safe forest, and around 100 are currently undergoing rehabilitation at the IAR orangutan rescue centre in preparation to be released into the wild. Orangutans in rehabilitation centres represent a significant portion of the Bornean orangutan population. Therefore, reintroduction is not only important for their welfare but also as a conservation intervention. Rescue and rehabilitation are crucial steps to alleviate the pain caused by confinement, starvation, consequence of killings, pet trade and habitat loss, and give these displaced animals another chance to survive.

IAR Indonesia launched the first phase of their Human-Orangutan Conflict Response Team in 2013. Initially, they conducted surveys and investigations throughout the Ketapang Regency in West Kalimantan to determine the key HOC hotspots, the drivers of HOC and the mitigation strategies being used. In the next phase of the project, IAR continued and expanded their surveys and began targeting key hotspot areas with mitigation activities and established the HOC Community Prevention Unit. 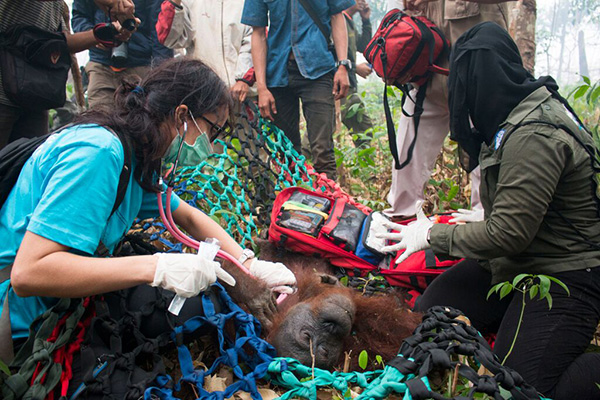 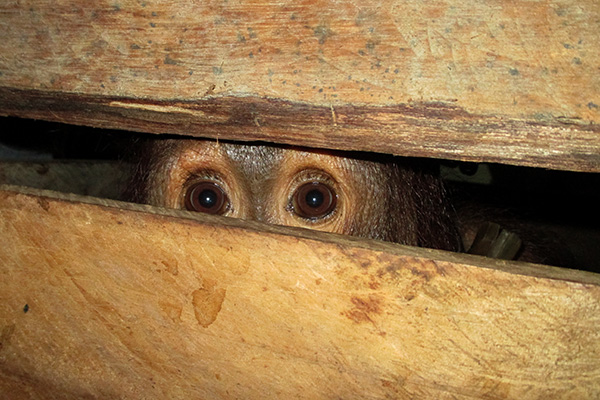 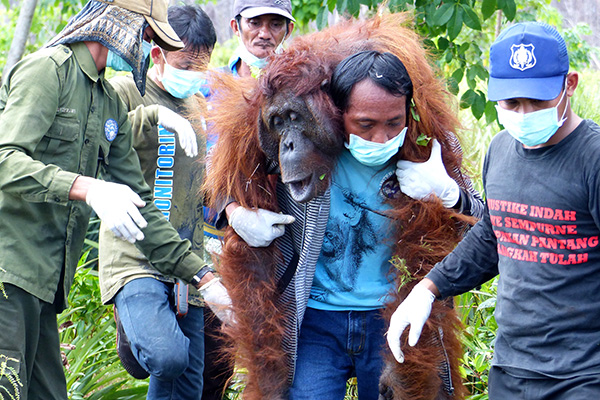 The long-term goal of this project is to establish and maintain self-sustaining orangutan populations in the wild by protecting wild populations and through preventing, mitigating and resolving human- orangutan conflict. IAR does this though activities, education, awareness and outreach efforts with local communities. IAR is also building on this work to incorporate more law enforcement activities by working in partnership with the local government. This phase of the project has four specific objectives:

IAR established their rescue and rehabilitation centre for orangutans in the province of West Kalimantan in a village called Sungai Awan in 2013. Young orphaned orangutans being held illegally as pets are confiscated by the IAR rescue team and taken to the centre. Orangutans are given a full medical check upon arrival and treated for any illnesses and parasites. Many confiscated orangutans are very young and require around the clock care and regular milk feeds. The goal of the centre is to provide as much of a natural experience for the orangutans as possible as they undergo their rehabilitation journey. The land that the centre was built on contains a large expanse of secondary forest and peat swamp forest, which is used for forest school for the younger orangutans, and islands for the older orangutans in the pre-release stage of rehabilitation. 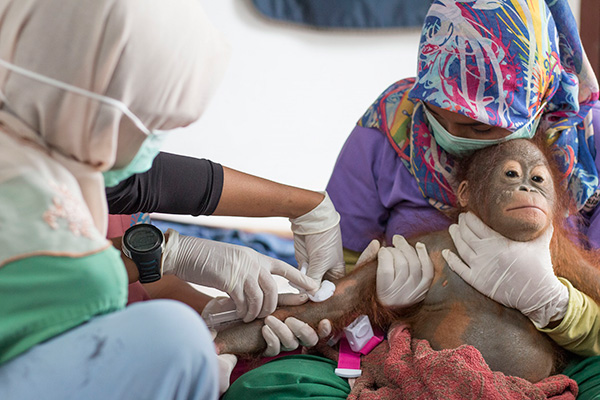 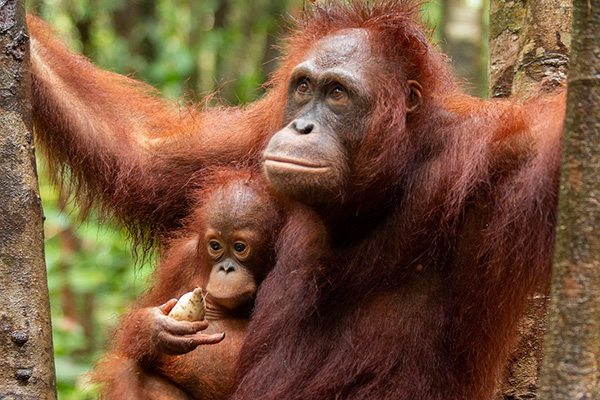 Since IAR first moved into the centre, they have been able to acquire more land surrounding it, and the site now covers 150 hectares. Facilities include an extensive veterinary clinic, quarantine area, orangutan enclosures, an office and a guesthouse for visiting researchers and volunteers. The forest school area and the orangutan pre-release islands are further north. Numerous orangutans have now been released into protected and monitored forests after successfully completing their forest training.

The Orangutan Project has supported the IAR Rescue centre since 2009 and the rescue team since 2012.