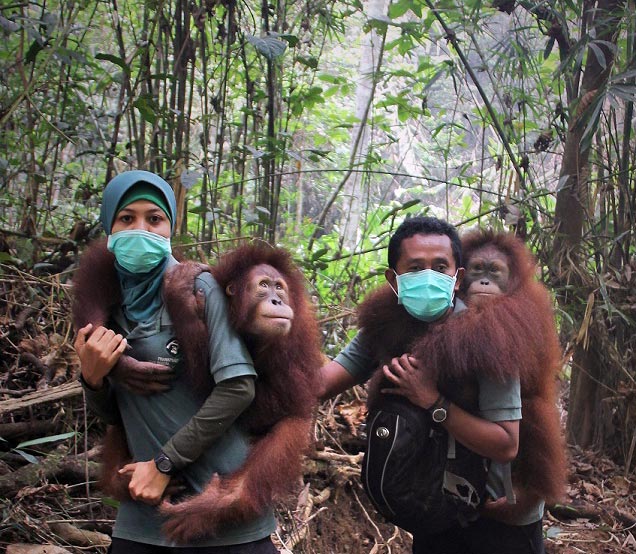 Once you've unlocked the cage door and lifted a traumatised baby orangutan to freedom, you know that whatever they require from you to heal, become healthy and thrive again, you'll provide. You don't consider 'quick fixes'. You accept there's no single, guaranteed path to rehabilitation and no time frame you can impose.

So in our work, we have to be okay with uncertainty. Because once you've looked into the eyes of these scared little babies, you feel such a huge responsibility to do whatever is necessary, it overrides everything else.

That's why we take responsible rehabilitation and release VERY seriously. It's not enough to just rescue these orphans from their heartbreaking captivity. We have to invest time, love and effort in their rehabilitation, to ensure they reconnect with their instincts, true nature and survival skills. We must complete the cycle.

We must complete the cycle. 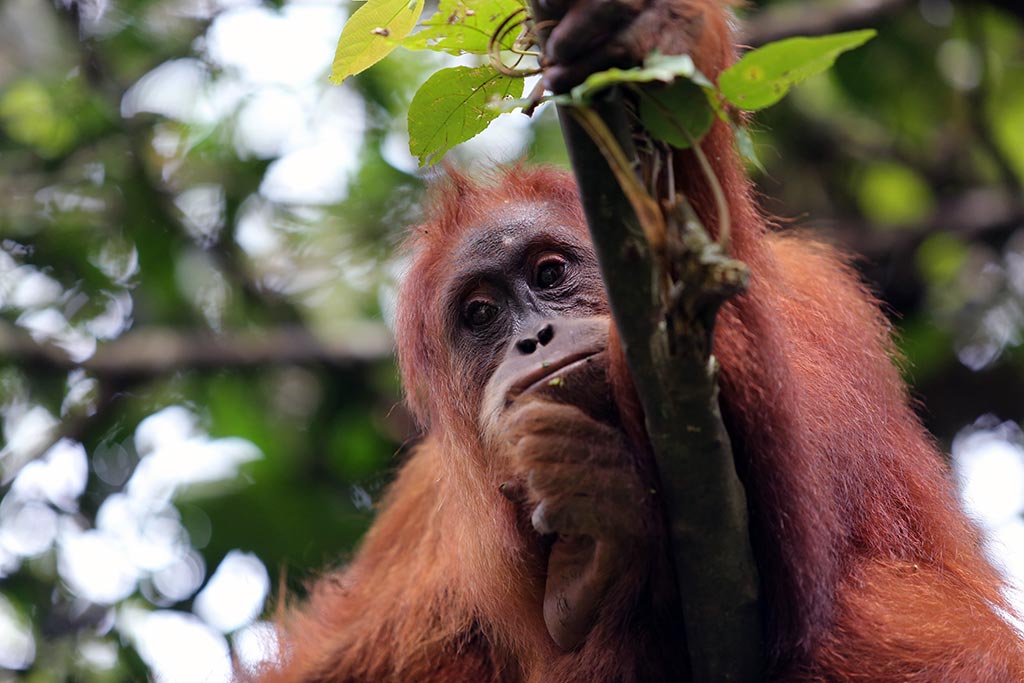 Take Rahmat for example. He was less than 3 years old when he was rescued from Tapak Tuan, Aceh. We will never know for sure what suffering Rahmat endured when he arrived in our care on the 6th June 2011. But given that he was alone and young when he was rescued, it's likely his mother was killed in order to sell him into the illegal pet trade.

While nothing can ever replace a mother's love, we committed to helping Rahmat discover a life of freedom, where his psychological scars were a distant memory, not a daily trauma. Slowly we guided him toward the behaviours his mother would taught him, from making sleeping nests, to foraging for jungle foods and successfully interacting with other orangutans.

Rahmat made progress. In fact, he seemed ready to be released. There was just one problem. His wild survival skills needed more work. This is the point where we face an incredible challenge: releasing an orangutan too soon, or keeping them in captivity too long. You see, when an orangutan becomes used to captivity, rather than developing the skills they need to survive in the wild, they adapt and acclimatise to the conditions they're in.

This means that rather than developing the skills to forage for his own food, we worried Rahmat might get used to food being brought to him. Or instead of making the effort to build his own nests, he might rely on a safe and comfortable sleeping area being provided for him. In short, if an orangutan like Rahmat is kept in captivity for too long, it can hold them back dramatically. This is where we must make the right decision and – with your help - see it through.

When orangutans are released, they aren't simply led into the forest and left. If we did that with Rahmat, it could result in tragedy. Fortunately, this is where the post release monitoring teams of the Sumatran Orangutan Conservation Program (SOCP) take over. We've been working with SOCP and assisting them with funding for many years. These vital teams of committed individuals help bridge the gap from captivity to freedom for orangutans, in a way that prioritises their safety, health and wellbeing. SOCP maintains a protective vigil from sunrise to sunset.

After being released, each orangutan is monitored frequently in the forest, starting in the morning once they emerge from their sleeping nest, until the evening, when they build a new nest for the night. This monitoring is critical, as each orangutan is different, has different skill levels and cannot be left to fend for themselves.

Rahmat's journey continues. While Rahmat is slowly acclimating to the forest, he still has some way to go. He sleeps in old nests rather than building new ones and is undergoing training on how to find forest fruits. Until then, he needs help supplementing his diet. This is necessary until he learns to watch, mimic and settle into the released orangutan population. 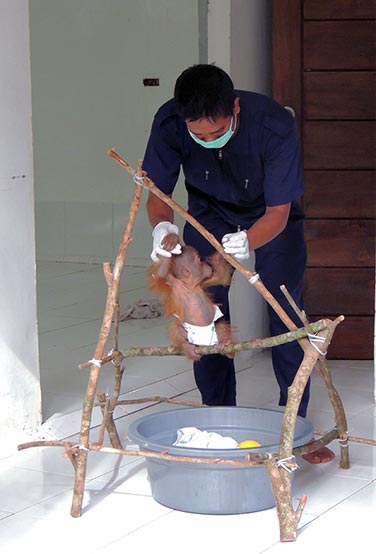 The SOCP's monitoring units not only provide vital information on the released orangutan population, they travel deep into the most remotest parts of the forest and deter illegal poachers and loggers. This vital, yet underfunded final step in the orangutan release program needs your help. The amazing work SOCP's post-release monitoring teams undertake on a daily basis ensures the orangutans we release are thriving, healthy, well fed and equipped to not only handle their new found freedom, but revel in it.

As we continue to help more orangutans return to the jungle, the need for additional monitoring teams becomes urgent. We must raise $45,000 by the end of September, to ensure we can put two more post-release monitoring teams on the ground, for a full 12 months. These teams keep a watchful eye on the released orangutans we all cherish so dearly.

Will you help us to ensure each released orangutan is protected as they courageously re-learn how to be wild and free? Every donation goes a long way toward funding these two critically needed teams. Thank you for helping. Your support and compassion is not only changing things for the wild orangutan population today, but well into the future.

Donate to help orangutans now I Will Help