FREEDOM IS CLOSE, THE JUNGLE IS CALLING...

Your gift will help save the orangutan 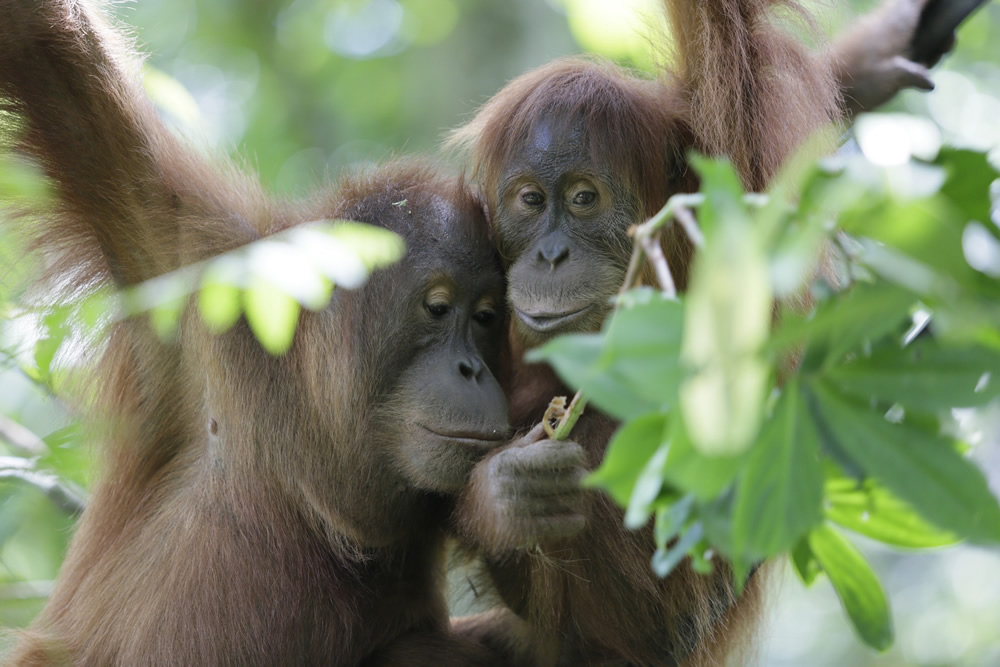 After decades working with and observing orangutans in zoos and rescue centres, as well as the rainforests of Borneo and Sumatra, I can assure you the only place for any orangutan is in the wild.

Orangutans have evolved over millions of years to be uniquely adapted to live in their rainforest homes. They are self-aware, sentient beings. Orangutans exhibit emotions including love, compassion and frustration. Orangutan mothers are gentle, patient and loving, and will mourn the loss of their infant.

The only way they can live with dignity is to be wild and free.

Without freedom orangutans can only exist as a shadow of themselves. That’s why we have a major focus on the rescue, rehabilitation and release of orphaned and ex-captive orangutans.

There are currently 48 orangutans at the Batu Mbelin Orangutan Quarantine Centre near Medan, North Sumatra which is run by the Sumatran Orangutan Conservation Program (SOCP) and funded by TOP.

They are the victims of large scale habitat loss and the illegal pet trade. The orangutans often arrive in poor health with internal intestinal parasite infections, and most are dehydrated and malnourished. Some of the orangutans have horrific injuries including broken bones, gunshot wounds, cuts and gashes. These are inflicted during capture or from being held as illegal pets with chains and ropes, which are often too small and tight, cutting into their delicate flesh.

Our aim, after what is sometime years of rehabilitation, is to see these orangutans return to the wild. Today, some still require further rehabilitation, some will be ready to release soon, and others are ready for release right now.

Orphaned and ex-captive orangutans need to spend as little time as possible in captivity otherwise they risk becoming institutionalised. Every day in captivity only increases the risk of not fully adapting to the wild. That’s why I must raise $24,000 by the end of March to allow eight more orangutans from Batu Mbelin Orangutan Quarantine Centre be released without delay.

The orangutans at the Batu Mbelin Orangutan Quarantine Centre need to focus on learning skills to survive in the wild and not learning skills to adapt to captivity. So as soon as the funds are available, the orangutans ready for release will be taken to the Pinus Jantho Nature Reserve in Sumatra, a protected forest school environment where they will live a life of freedom again.

It costs $3,000 for an orangutan to be released and monitored appropriately. These funds cover the costs of everything involved including; a transport box, travel costs and the cost of staff to travel with and care for the orangutans before their release. It will also support the post-monitoring team to follow the orangutan, record data and provide assistance when necessary after release.

During the critical time in transitioning from the cages to the wild it is essential that we supply trained staff to assist the orangutans. This is to ensure that the orangutans are not put in a situation where they are vulnerable, after having already gone through so much with the loss of their mother.

I seek for all orangutans - compassion, protection and freedom. I know you want that too, so please join me is supporting this special appeal to send eight more orphaned and ex-captive orangutans into the wild.