Help keep them together 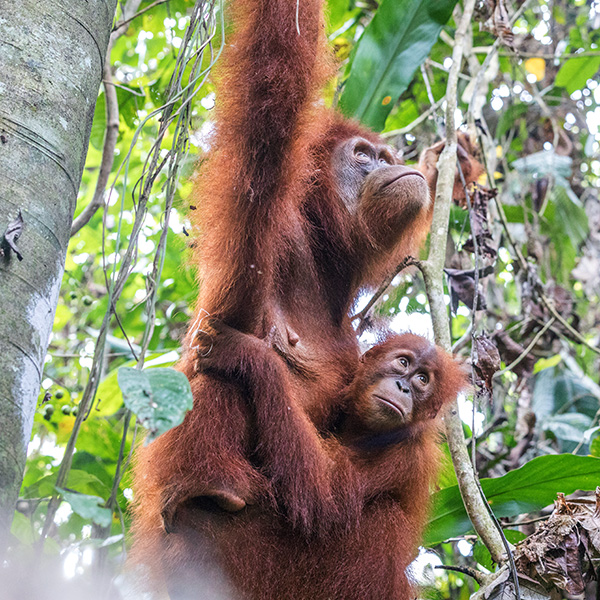 The Bukit Tigapuluh Ecosystem in Central Sumatra is home to a very special population of Sumatran orangutans.

To date, we’ve helped release over 180 orangutans and recorded seventeen live births from mother’s who have been successfully rehabilitated back to the wild. Every wild birth brings hope that we can bring Critically Endangered orangutans back from the brink of extinction.

But it doesn’t end there! Keeping mothers and babies wild and free requires ongoing vigilance.

At 182,000 hectares, Bukit Tigapuluh is a vast ecosystem that is under constant threat from poachers, illegal loggers and encroachment.

From as little as 50 cents a day, you can play a critical role in safeguarding the orangutans of Bukit Tigapuluh so that mothers and their babies can live in safety Become an Orangutan Guardian.

By becoming an Orangutan Guardian and making an affordable, monthly gift, you’ll be helping our Wildlife Protection Units patrol the rainforest to deter illegal activities and to actively monitor the welfare of mothers and babies.

The bond between an orangutan mother and her baby is one of the strongest in nature. During the first two years of its life, a baby orangutan is solely dependent on its mother milk for survival, although suckling continues until eight years. A mother will stay with her young for up to twelve years, teaching them all they need to survive in the wild.

When this precious bond is broken, valuable life lessons are lost along with the love and care that only a mother can provide.

Keeping babies with their mothers is crucial to their development and well-being and the long-term survival of the species. 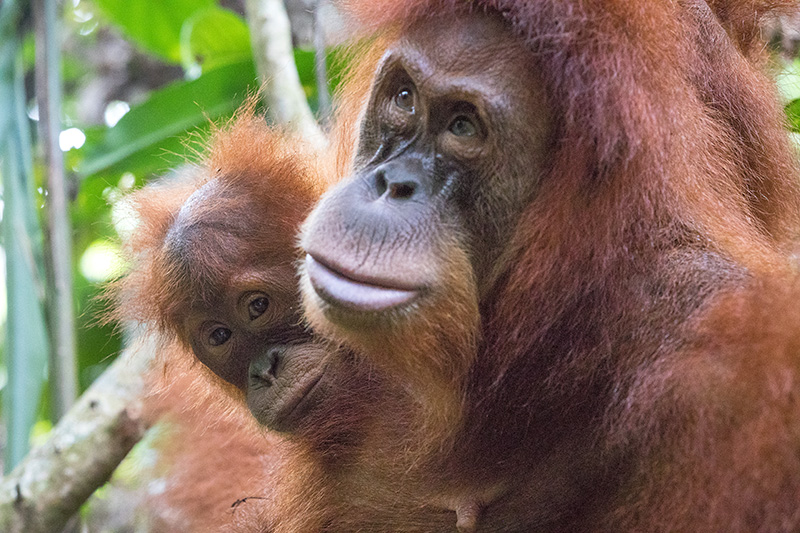 A graduate of our Jungle School program, Violet was released in 2010 and gave birth to daughter Vanilla in 2016. 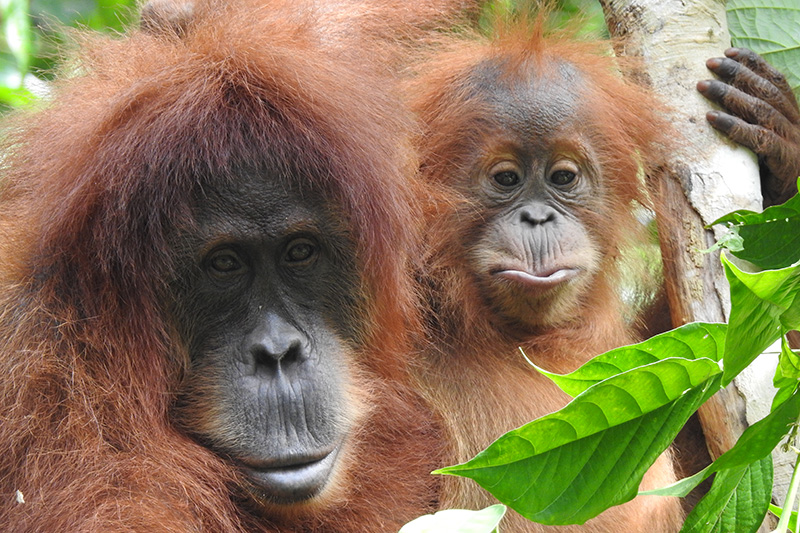 Rescued from the illegal pet trade, Jeky Chan was released in 2017 and gave birth to son Jelly Bean in 2019.

Sule, Vanilla and Jelly Bean are the lucky ones. Unlike their mothers, they will grow up wild and free in Bukit Tigapuluh.

With your support, they will never have to experience the horrors their mothers went through. To be torn away from their mothers to be sold as pets. To bear witness to their mothers being slaughtered before their eyes. And to suffer the trauma of being incarcerated.

We’ve rescued, rehabilitated and released their mothers, and now they’re adding to the next generation of orangutans.

But the recovery of the species in the wild is only possible thanks to the heroic efforts of our Wildlife Protection Units.