The Pro Natura Foundation, based in East Kalimantan (Indonesian Borneo) was established in March 2013, spurred by the need for providing ongoing assistance towards the various animal and education programmes at the Sun bear education centre in East Kalimantan, Indonesia. A major focus of the work here is the implementation of habitat conservation and fire prevention in the Sungai Wain Protection Forest. This is a relatively small (10,000 ha) but vitally important lowland forest area. It supplies about 25% of the freshwater needs of Balikpapan, and has very high biodiversity including a small, but breeding population of orangutans from the first orangutan release programme in East Kalimantan. It is the last intact tract of this original coastal rainforest anywhere in the Balikpapan – Samarinda region. Because of this biodiversity and its ease of access, Sungai Wain has an unrivalled potential for research, education and ecotourism.

During the 1997-1998 El Niño event, the Sungai Wain forest was nearly destroyed by the massive fires that engulfed East Kalimantan. The core primary forest was saved by researchers working with local communities, who managed to stop the fires with a 100+km firebreak. Subsequently, in the forest areas that were affected by the fires, 90+ coal fires were discovered. About 30 of these extinguished by themselves overtime, but the remaining 60 were extinguished manually by dedicated teams over a period of four years.

With the decentralization movement of 1999, responsibility for management of the forest was devolved to the City Government, who with the support of the Mayor, established a dedicated independent forest management unit for the forest in 2003. Management improved dramatically, illegal logging and encroachment were eradicated, and repeat fires prevented even during the El Niño event of 2004. At this time, many of the rangers and fire-fighters employed were local people who had played a major role in stopping the 1998 fires and extinguishing the subsequent coal fires. The management unit's fire-fighting team, Tim Serbu Api, including local village members, won regional fire-fighting competitions and gained a reputation for efficiency and competency. Every fire season, the forest fire breaks were maintained, and readiness levels kept high. Areas that had burned in 1998 were allowed to regenerate for 17 years and were recolonized by many wildlife species such as orangutans, sun bears, gibbons and leaf monkeys.

Unfortunately, following changes in management in 2011, leadership and morale of the forest protection and fire-fighting team steadily eroded, to the point that all recommendations to prepare for the predicted severe 2015 El Niño event were ignored, and 800 ha of regenerating forest was burned. Since 2016, much effort has been put back into the fire protection efforts and the patrol teams, and the Sungai Wain forest has seen another boost of management. Fire breaks are now maintained before each dry season and members from the community fire protection teams are hired to patrol during drought. To maintain the improved protection measures, The Orangutan Project provides financial support to the Pro Natura Foundation for three main areas: 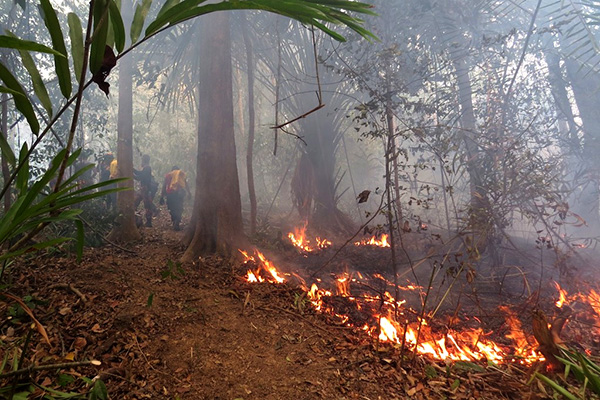 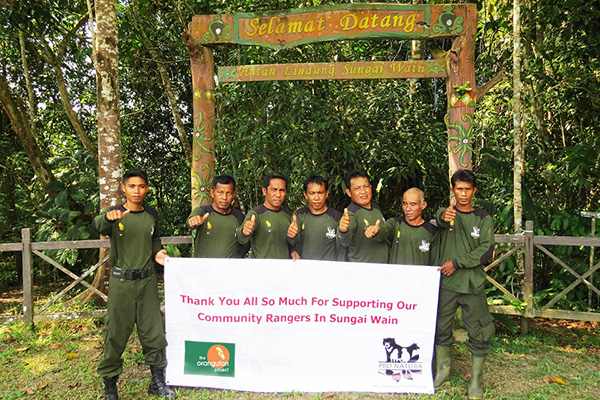 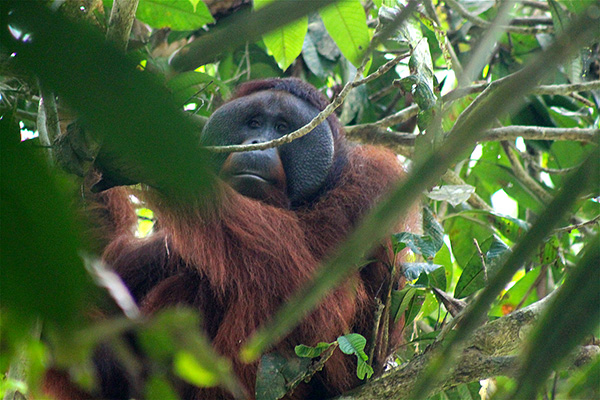 The Orangutan Project has been supporting the protection of the Sungai Wain ecosystem since 2015.