Help us make sure orangutans like Win Gayo are wild and free!

Your donations doubled! Your $20 donation will give $40 to the Orangutan Freedom Fund!

Exciting news! One of our major donors has just pledged to match your donations so we can get Win Gayo, the magnificent male orangutan, into the jungle without delay! She’s pledged to match all donations up to the value of $20,000 until midnight 30th September! This means if you give $20 – it’ll be doubled to $40 and that money will go straight into immediate efforts to transport three ex-captive orangutans to a remote area of the Bukit Tigapuluh National Park and fund ongoing patrols by our Wildlife Protection Units, keeping these precious beings and their future babies SAFE. Let’s do this! 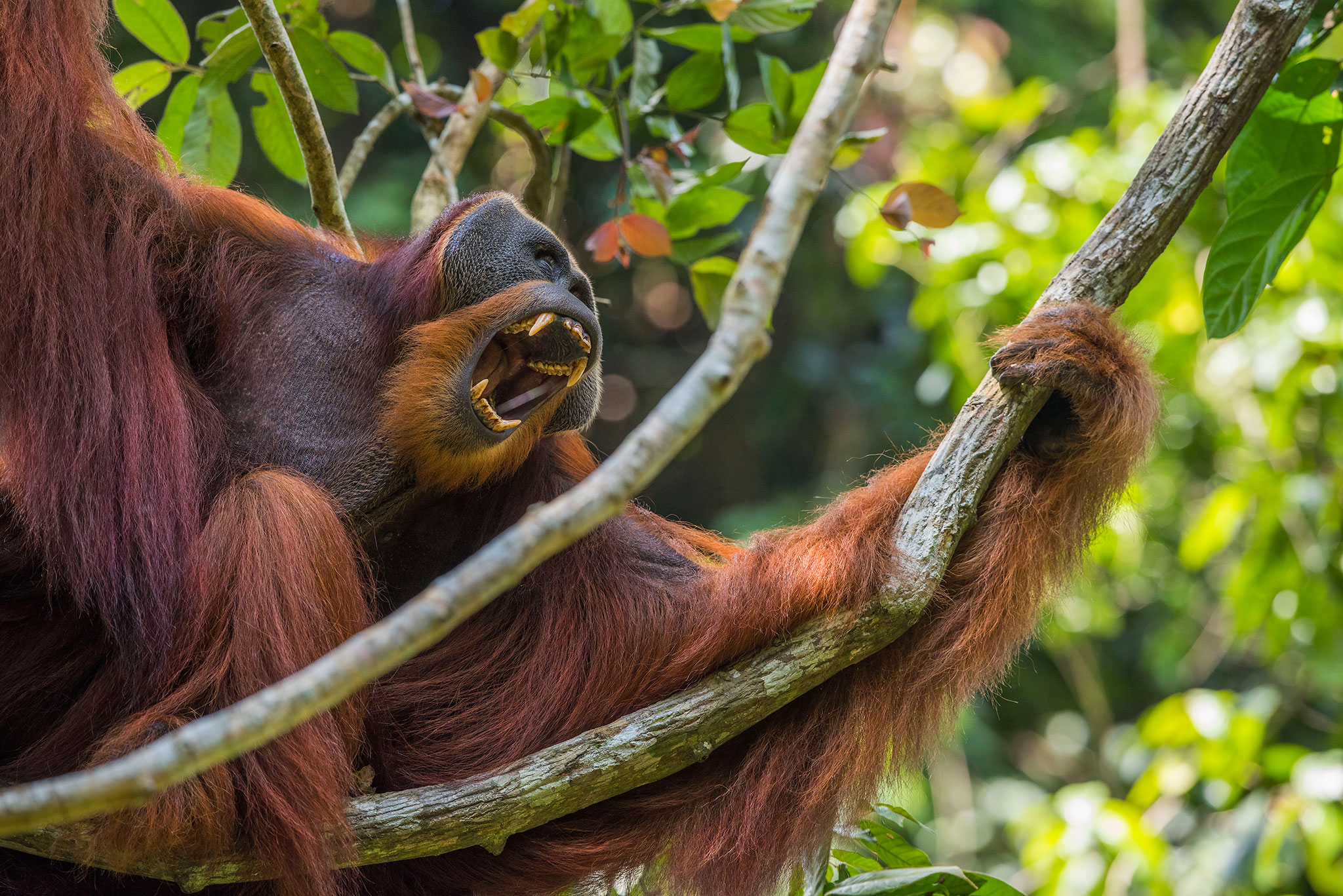 Like too many male orangutans rescued from the illegal pet trade, Win Gayo is still caged. But his freedom is finally in reach, providing we can urgently raise the $37,500 our partners need to safely translocate him to remote but highly protected jungle.

Win Gayo is unique but his story is not. Captured when his habitat was razed to the ground, he was eventually rescued and brought to our partner’s rehabilitation centre, where he excelled at jungle school and was soon released.

But that’s when the trouble started. Because Win Gayo is too powerful to be anywhere near other male orangutans.

You only need look at his teeth to imagine how terrified a young, male orangutan would feel, and for many of the newly released, vulnerable males, a violent encounter with Win Gayo was all it took to destroy their confidence. He also frequently travelled to villages and plantations, putting himself in serious danger.

In December 2016, 22 year old Win Gayo had to be re-caged - and there he’s remained whilst we’ve desperately searched for a solution. With your help, we have that solution.

Our partners have now secured the permits we need to transport Win Gayo to a remote area of the Bukit Tigapuluh National Park but we need urgent funds to make this work. At 85 kilos he’s too heavy to carry and we’ve purposely chosen jungle impenetrable by vehicles to keep him safe.

Funds raised today will help us procure a helicopter to safely translocate Win Gayo, along with two ex-captive female orangutans who’ve proven they can survive in the wild. Together they will live, breed and thrive in the jungle - just as they should have done, all along.

For Win Gayo, the change you help create today will be profound - in a matter of weeks he could be out of his cage, experiencing the true joy of jungle freedom. For his entire species, your gift is an important step back from extinction, helping us secure a strong and resilient population of Critically Endangered orangutans in the protected habitat of Bukit Tigapuluh.